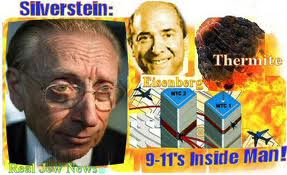 Does any of this sound familiar related to a certain group?

"Glib and Superficial Charm: the tendency to be smooth, engaging, charming, slick, and verbally facile. Psychopathic charm is not in the least shy, self-conscious, or afraid to say anything. A psychopath never gets tongue-tied. They have freed themselves from the social conventions about taking turns in talking, for example.

"Grandiose Self Worth: a grossly inflated view of one’s abilities and self-worth, self-assured, opinionated, cocky, a braggart. Psychopaths are arrogant people who believe they are superior human beings.

"Conning and Manipulativeness: the use of deceit and deception to cheat, con, or defraud others for personal gain; distinguished from above in the degree to which exploitation and callous ruthlessness is present, as reflected in a lack of concern for the feelings and suffering of one’s victims.

"Lack of Remorse or Guilt: a lack of feelings or concern for the losses, pain, and suffering of victims; a tendency to be unconcerned, dispassionate, coldhearted, and unempathic. This item is usually demonstrated by a disdain for one’s victims.

"Shallow Affect: emotional poverty or a limited range or depth of feelings; interpersonal coldness in spite of signs of open gregariousness.

Callousness and Lack of Empathy: a lack of feelings toward people in general; cold, contemptuous, inconsiderate, and tactless.

"Parasitic Lifestyle: an intentional, manipulative, selfish, and exploitative financial dependence on others.

"Promiscuous Sexual Behavior: a variety of brief, superficial relations, numerous affairs, and an indiscriminate selection of sexual partners; the maintenance of several relationships at the same time; a history of attempts to sexually coerce others into sexual activity or taking great pride at discussing sexual exploits or conquests.

"Failure to Accept Responsibilty For Their Actions: a failure to accept responsibility for one’s actions reflected in low conscientiousness, an absence of dutifulness, antagonistic manipulation, denial of responsibility, and an effort to manipulate others through this denial.

"Criminal Versatility: a diversity of types of criminal offenses, regardless if the person has been arrested or convicted for them; takes great pride at getting away with crimes." Psychopathy Checklist-Revised (PCL-R), Robert D. Hare
Posted by Citizenfitz at 10:31 AM