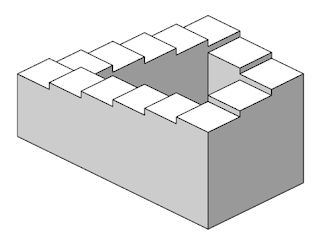 "Five chimpanzees were placed in a cage. In the cage was a set of stairs; and above the stairs a bunch of bananas hanging by a rope. After a while one of the chimps started up the stairs to get the bananas. As he did this all the chimps in the cage were blasted with cold water and ran to a corner. A little while later another of the chimps went up the stairs for the bananas. Once more all the chimps were drenched with cold water. Later, another chimp started up the stairs but on seeing this the other four chimps attacked him. The next day one of the five was taken out and replaced with a new chimp. The new chimp saw the bananas and started up the stairs but was attacked by the others. On the third day another of the original five chimps was taken from the cage and replaced by a new one. He too tried to reach the bananas but was immediately attacked by the other four - even the one that'd been attacked himself the day before. This went on until none of the original five chimps were left. By now none of them had ever been sprayed with water, but they'd still attack any chimp that tried to climb the stairs. Why? Because for them that's the way it had always been."
Posted by Citizenfitz at 10:54 PM No comments: 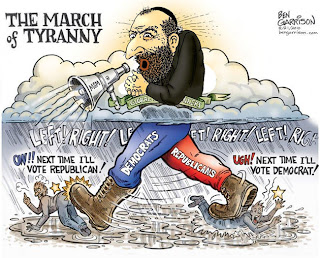 “If you plug it they will buy.”

Funny that The Incogman should write the linked post when he did. I watched the NBC Nightly J/News this pm. I almost never watch the j/news, especially national j/news and especially the NBC Nightly J/News, but zapped over from the local weather. Voila! All we’ve learned about the Jew run media circus was there in living color. The sly, sidewise propaganda. The bandwagon agenda. The subtle insinuation. Mockery of those in disfavor. The floated idea.  Nothing about feces though.... Maybe they’re saving that for tomorrow!

By this point in time it's just so apparent and predictable. You know ahead of time what angles and spin to expect - and even the buzzwords the spewing heads will eject. Tonight’s news had a story about a new, man made virus with both major lethality and communicability. Viruses usually come one way or the other, but not both. You realize they’re creating a run up for a pandemic - or something similar they can try to blame on Iran. It’s become too obvious for those who have eyes to see. A US senator once told me I was one of the most cynical people he’d ever met, but the truth is you can make very accurate predictions on the basis of Jew-wise cynicism.

Somewhere down the line the Jews figured out the great value of propaganda, and have used it skillfully ever since. They’ve also been skillful at keeping the knowledge of this under wraps. Still, we can be sure of one thing: in the end they always screw up. Their native hubris invariably leads them into disaster. Having The Almighty for an adversary they’re certain to fail… though not without taking many others with them. Probably a deal they won't refuse.

“If the blind lead the blind….”

Another very informative piece from the Incogman site: