911 truth in less than four minutes 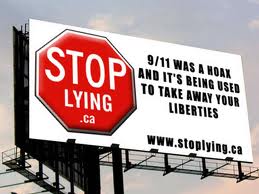 Mocked as "troofers" by the agents and doops of the Zionist brainwashing matrix, Truther logic and facts continue to puncture the official storyline:


Most Holy Family Monastery is actually two brothers in Upstate New York who've taken Benedictine monastic vows but have not been formally ordained. It's unlikely they ever will be as they're too radically Catholic for the nUcHurCh crowd. Their scholarship, particularly regarding Catholicism, is very good. But they put out some cool stuff on a multitude of topics. Their vote fraud USA video, The Stunning Secret of Election Night, is especially interesting. I've linked to some of their YouTube videos here before.

In the following video MHFM brother Peter Dimond examines the likelihood of the universe creating itself out of thin air; which is what "scientism" (small "s") generally holds (a few scientists and their followers argue that the universe has always existed). Whatever their views, and their arguments can get quite fierce, evolutionary scientists are generally united in and by their belief that supernatural religion, especially Christianity, is a suckers game.

Using arguments from Thomistic logic and Information Theory the video makes its case that the arguments for a self creating universe are irrational; and that even the most simple elements of life are infinitely too complex to have arisen spontaneously through the random colliding of primordial nucleobases.

Posted by Citizenfitz at 8:13 PM 4 comments:

The difference between "intelligent" and "smart" 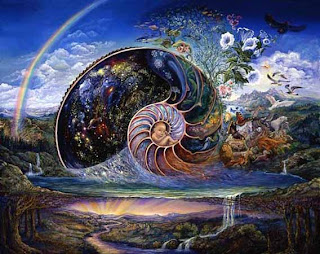 The article linked at the bottom will help to clarify the matter. A wannabe pederast, Yaron Segal, had a PhD in physics and worked at MIT!  They don't come any smarter than PhD physicists who work at MIT.  Yet the guy got caught in a honey trap set by the Feds. Being a pervert as well as a physicist Segal tried to hook up with some adolescent girls for a weekend slumber party - and was arrested as soon as he stepped off the plane.  In jail, he had time to reflect on the error of his ways and to do the calculus of thirty years in a 9x9x7 box. Realizing the solution, he killed himself. Honestly, in this day and age is there anyone who doesn't know that the Feds are all over the Internet?  Especially the child predator sites?  Hell, even I know these things. So, smart though Mr. Segal may have been, he was to put it politely, a dummy. 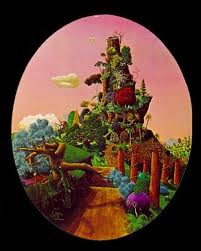 Smart people can be dummies too.  Smartness is a function of the brain.  Intelligence on the other hand is more a function of the mind; or perhaps the mind/soul interface.  Like the Segal story shows, a "smart" person with a PhD can blunder stupidly into an ambush that an "intelligent" ninth grader would see a mile away.  Not to say smart people can't be intelligent oo. One doesn't preclude the other; but being smart doesn't necessarily imply intelligence. And intelligence doesn't necessarily imply one is smart. They're not the same thing, but there is a relationship between them. 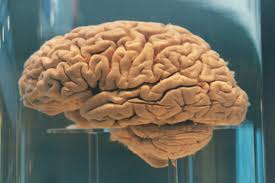 You may be smart enough, ha ha, to understand that what I really mean by "intelligence" is wisdom. Wisdom is a different concept than smartness.  Smartness sees a problem and devises a solution. Wisdom sees a problem before it arises. Wisdom also sees a solution before the problem arises.  Smartness is an exertion of the brain and has a limited radius. Wisdom, is of the mind and touches the infinite. Mr. Segal was a very smart guy - with a narrow field of view.  Smartness sees the microscopic dots in a picture.  Intelligence/wisdom sees (and gets) the picture.

Like the devil who spurs them on, Jewry conceals its true, malicious intentions beneath grand sounding words, terms and phrases.  One must decipher these in order to figure out the real story. Once this is done, like pieces in a puzzle coming together, the hidden picture begins to reveal itself.

Equality: Codespeak  for the debasement of excellence, superiority, intelligence, competence, ethics, etc, in society or its subsets by advocating the tolerance, then imposition, of lesser values and persons - but only in White society.

Tolerance: Code word for the acquiescence to, then forced acceptance of, perversity and neo-barbarism in the nations (White) of the world.

Freedom of speech: Shut up!

Race: A concept Jewry vehemently denies - until a White person commits a crime against a Jew or dark skinned person - at which point they suddenly become "racists".

Racist: Any White person.  Especially a White person who recognizes that White people are being derogated in favor of the darker skinned proxies of Jewish cultural marxism.

Liberal: Someone who hates himself and wants to punish the world for it, but who can be made useful to the Jews, who provoke the liberal to project his own self-hate back on to White people, White history, traditions, mores, etc.

Liberalism: A mental disease characterized by delusions of moral and intellectual superiority. Also a Jew code word for concealing Jewry's broad front attack upon traditional White mores, social norms, history, etc, by empowering the deranged "liberals" who seek to pervert or destroy them.

Multiculturalism: Code word often employed by Jewry in its efforts to erode and corrode White culture using assorted dark skinned proxies - while Jews themselves stay safely in the background, out of sight.

Civil rights: Jewish codespeak for the imposition, by government dictat, of  non-White, homosexual, or female persons or groups upon Whites, particularly White men, for the express purpose of debasing the White  power structure.

Gay marriage: Codespeak for the attack on Christian values under the guise of civil rights.

Social justice: A society more congenial to the desires of Jews.

Hater: Anyone voicing opposition to any of Jewry's schemes.

Right winger: Code term for someone Jews are having trouble controlling.

Conspiracy theorist: Someone who's on to Jewry's grand game.

Extremist: Someone who's committed to a cause, but not a cause Jewry deems useful.

Green revolution: Codespeak for Jews taking over and turning the environmental movement into a lucrative scam for themselves.

Justice: Jewspeak implying vengeance towards the Jews' enemies, of which there is never an end of.

Zionism: Jewish scheme to (eventually) gain temporal and spiritual control over all the nations of the world. Zion (Israel) will be the premier nation of the world with Jerusalem as the new world capital; and a Jewish descendent of King David as world ruler. 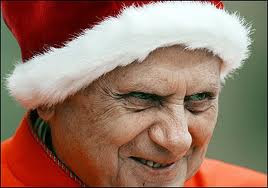 One can only marvel at the irony of it all. Welcome to nUcHurCh, folks!

Apostasy, n: abandonment of one's religious faith, party, cause, etc. From Latin apostasia, from Greek apostasis: to desert, to stand apart from. e.g., a Catholic who repudiates Catholicism.

Heretic, n: A baptized Christian who willfully and persistently rejects any article of faith.

If anyone still harbors the mania that B16 is even a Catholic, much less a Pope, please visit the following site for the real story on this destroyer:

Downwind from Babylon update: Clean up on Aisle 9 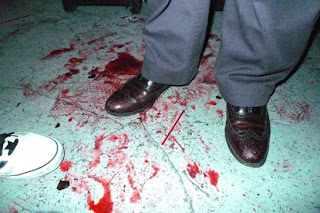 Greenville, SC - Avery Blandin (46) stabbed his wife Lilia (39), a Hispanic woman, to death in front of dozens of shocked shoppers at the local Wal-Mart. Blandin fled but was quickly apprehended after wrecking his vehicle. Wal-Mart came under criticism for remaining open despite having blood spattered floors.

Blandin's Facebook page is still upstanding. A religious man, he lists some of his interests as: cigars, Lil' Wayne, the Koran and the Bible....

Downwind from Babylon update: "It's what's in your heart that counts...." 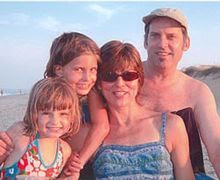 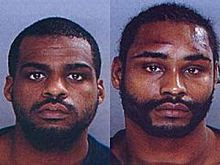 Richmond, Virginia - On January 1, 2006 the bodies of Bryan(49) Kathryn(39) Stella(9) and Ruby(4) Harvey were found in the basement of their burning home. They had been bound with electrical cord, beaten, stabbed and had their throats slit.

Ricky Javon Gray and Ray Joseph Dandridge, two black career criminals who were out on parole, were arrested and sentenced for these murders - and several others. The two had been casing the neighborhood when they noticed the Harvey's front door was open.

Shortly before his release from prison Dandridge had placed this ad on the Prison Pen Pal website:

"Dear Friends, Don't judge a book by it's cover we all make mistakes and what don't kill will only make us stronger. My friends call me Lucky. I'm 28, height 6' 0" weight 215. I'm athletically built. I have two tattoos. I'm brown skin with baby brown eyes (smile).

"I'm from Arlington/Phila. PA. I love to travel, dance, read, write and play chess. I like to play basketball and football, I like most music, sports, and poetry, yeah poetry and I would ;love to send you some of my work.

"I'm an open minded and very romantic and understanding person. I believe in treating others as I want to be treated and respected in life.

"I'm looking for good friends and my soul mate. I'm still missing that special woman in my life. I'm hoping to correspond with a mature woman who has a sense of humor, dreams, goals and is very open minded and understanding most of all who knows what she wants out of life, and a real man. Your age, size and race does not matter, it's what's in your heart that counts and what's on you mind that matters to me. I will answer all responses sent to me."
Posted by Citizenfitz at 2:25 PM 1 comment: