Fatima and the end of an age 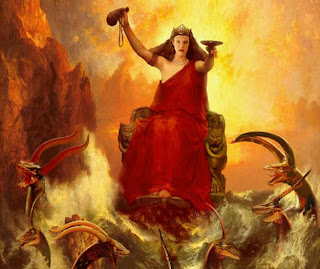 In 2000, the Vatican released what was purported to be the bona fide text of the Third Secret of Fatima. However, there are problems: if it is the secret, then why the great need to cover it up for 40 year? It’s highly innocuous. Not one teensy weensy ounce of controversy found anywhere. But astute students of the subject have noticed that there seem to be two secrets: one being the vision of a bishop dressed in white which was unveiled in 2000; and another part – words spoken by the Virgin Mary.

The Vatican has an extremely well organized bureaucracy - everything is documented and catalogued for future reference. The “Third Secret” as written down by Sister Lucia has two separate dates given for when it was received. A strange oversight that’s only compounded when added to all the other irregularities surrounding the case. However it can be explained very well if it's understood as one secret – with two parts. The vision of the martyred “bishop in white” being one part.  The second part being the words Our Lady spoke to Lucia.

The words of the BVM are the more important part of the secret. It seems they speak of dire disorder in the Church; with bishops and cardinals opposing one another and Satan walking in their midst. Probably a schism of some sort.

A little snooping and I found the following. The Vatican has never denied its contents and two popes, JP II and B16, have both spoken of epic disasters in our near future.


“A great chastisement will come over all mankind; not today or tomorrow, but in the second half of the twentieth century. What I announced at LaSalette through the children, Melanie and Maximin, I repeat to you now: humanity has not developed as God desired. Mankind has been sacrilegious and has trampled underfoot the gifts of God.

“A time of very severe trials will come upon the Church. cardinals will oppose cardinals and bishops will oppose bishops. Satan will be in their very midst. In Rome there will be startling changes. What is rotten will fall, and what falls must not be retained. The Church will be obscured, and the world will be thrown into chaos.

“Order no longer reigns anywhere. Satan reigns and directs events. He will sow confusion in the minds of scientists, who will create weapons with which to kill millions of people in only a few minutes; and he will cause these weapons to be produced in great numbers.

“If mankind will not oppose evil, I will be obliged to let fall my son’s arm. I will ask God to visit His Justice upon man. Then He will punish man more severely than He did with the Great Flood. The mighty will perish along with the lowly.

“A terrible war will come in the second half of the twentieth century. Fire and smoke will fall from heaven, and the waters of the ocean will rise to immense heights and turn to foam. Millions will die from hour to hour. Those who survive will envy the dead. Distress, misery and desolation will be everywhere.

“The time is drawing near and the abyss widens beyond hope. There will be no escape: the good will die with the wicked, the great with the lowly, the princes of the Church with the faithful, the rulers of the nations with their people. Death will reign everywhere, raised to triumph by erring men, the helpers of Satan, who imagine themselves masters of the earth. These evils will come suddenly - at a time when no one expects them. Nevertheless they will come as punishment and in accordance with God’s justice.

“The time of times approaches. The end of all ends... if men do not repent and convert. This conversion must also include the rulers of the world and the Church. Woe, and greater woe, to men if they do not convert.

"Afterwards, those who survive will indeed repent and call upon God and submit to His Will and become true followers of my Son. I will gather them to me and become their intercessor and mankind will enjoy a period of peace."
Posted by Citizenfitz at 12:04 AM