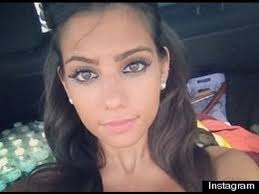 Some may have wondered at the curious news blackout regarding pictures of the supposed killer of 21 year old Hofstra U student, Andrea Rebello.  Photos of her were everywhere, but the perpetrator...?

We here at Citizenfitz recognize the signs all too well: when someone commits a crime against a White person the liberal media will usually include the perp's photograph in the story - if the perp's a White man.

When the media doesn't run a picture, then the odds are very good the perp isn't White.  He/she is usually Black or Hispanic.  Of course I shouldn't have to remind anyone that "Jew know who" runs the mass media.

The media is a two way street: for communicating and receiving information.  A propaganda and feedback machine.  Jewry will broadcast something or other then gauge the public's response at the pertinent media outlet.   If something works in New York, then it's on to LA... and Chicago.  As always the apparent rule is this: "Whatever we can get away with."  Truth and morality are at most distant considerations for the Jews.

Most people, and Whites especially given how they're being sucker punched by the Jews, seem to want to be lied to.  Actually it appears most people demand to be lied to.  Televangelists are well aware of this mindset. A too scrupulous politician will have a very hard time getting elected, or at least re-elected, in America.  Americans will reject him. Americans believe that Israel is our friend - when all the evidence SCREAMS that America is Israel's sad bitch.

Vast tracts of America are addicted to the false values puked out at them by their talmudvision.  They feel that racism is a big problem in America - when the truth is very clear: hordes of feral negroes have grown up as wards of the state; and view the White taxpayers who've supported them all their lives as the enemy.

Andrea Rebello in all likelihood subscribed to the nostrums served up by the liberal media.  She definitely looked the part of a hap'nin' party girl.  Probably thought Obama was cool....

Her needless death is made sadder by the fact that the police, who were there to rescue her, did get the negro... but shot her dead too....

The only reason pictures of Dalton Smith have surfaced is because the Internet is not fully under the thumb of Jewry.   If it were, buddy you could bet your life you'd never have seen it.  No, we'd still be hearing about the Trayvon Martin story 24/7/365.

And that's another reason the Jews are moving (surreptitiously, as always) to censor the Internet. 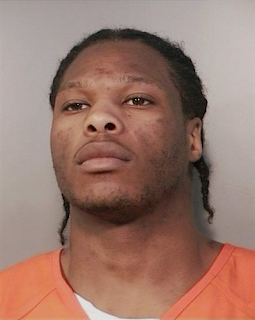 Posted by Citizenfitz at 3:19 PM No comments: