Jews are 'behind' gay marriage! (pssttt.... but only for the goyim) 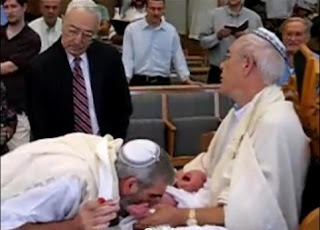 Some really big money is pushing hard to get the "gay marriage" perversion accepted.  This means the Rothschilds' are leading the charge. And where the Rothschilds go, organized Jewry is certain to follow.

"Gay marriage" appears to be partly a business decision: http://www.huffingtonpost.com/sean-yazbeck/gay-marriage-makes-good-b_b_3181434.html

And partly the opportunity to attack Christian civilization and culture: "With My Money, I Get To Overthrow Christian Tradition!": http://www.theoccidentalobserver.net/2011/06/new-york-gay-marriage-follow-the-jewish-money/

"Virtually every single homosexual rights organization in American history has been organized and run by a Jew":  http://americanfreepress.net/?p=11567

Rabbi is worried that Biden is spilling too many beans:  “I’m mortified, I’m absolutely mortified,” said Rabbi Yehuda Levin, spokesman for the Union of Orthodox Rabbis of the U.S. and Canada":
http://www.lifesitenews.com/news/leading-rabbi-mortified-after-biden-praises-jews-immense-influence-in-promo/

Not only Jews.  Bill and Melinda Gates (Microsoft), Jeff Bezos (Amazon.com) and many other familiar names are putting their money into this perversion.  For these freaks it's mostly a business decision. For others it's a coward's chance to drive another sword into our dying Christian civilization: http://www.bizjournals.com/seattle/blog/techflash/2012/10/whos-funding-the-fight-over-gay.html

According to PM David Cameron, Britain is now a paradise for fags: http://www.telegraph.co.uk/news/politics/10200636/I-want-to-export-gay-marriage-around-the-world-says-David-Cameron.html

Posted by Citizenfitz at 3:05 PM No comments: 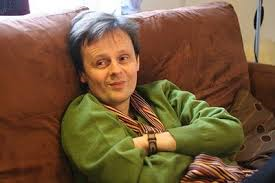 
Damian Thompson is an English journalist, blogger and writer - and self-alleged Traditionalist Catholic.  He writes and blogs for the UK paper, The Daily Telegraph, and is their resident religious editor. He's also written several books.

First, let me say that I'm quite beholden to Thompson - he opened my eyes in a remarkable way with his blog, Holy Smoke.

I first discovered Holy Smoke six or seven years ago.  I don't remember the details now but I recall thinking at the time that here at last were real Catholics.  Catholics prepared to defend the Church against the onlslaught of leftist ideologues and ideologies attacking it. Names were named! Accusations were leveled and enumerated in Holy Smoke! British bishops (who give a good impression of being a coven of Freemasons for the most part) got a hard thrashing in Holy Smoke, both by Thompson and the blog's many correspondents. They appeared for the most part to be loyal Catholics, genuinely appalled by the self-demolition going on in the Church.

I say they "appeared" to be loyal Catholics, for in this instance appearances were deceiving - as I soon discovered.

While much opposed to the novelties introduced by Vatican II, I noticed that Thompson and a large majority of his followers believed, in spite of clear evidence to the contrary, that Pope Benedict XVI was a conservative reformer - who was going to apply the brakes to the madness of the bishops. Sadly, the truth is that B16 was one of the backstage movers and shakers at V2; and he'd done his best there to disable the Church's brakes,  as well as the steering - so that the Church could turn only to the left.  This is all a matter of open record to anyone who looks into things:
http://www.youtube.com/watch?v=Oi1MIEPhUpU
http://www.traditioninaction.org/ProgressivistDoc/A_071_Ratzinger_Same.htm

When I began supplying evidence for this, as well as B16's other heresies,  in his own words, a clamor arose. While I did hear some agreement, the  majority of Smokers were in no mood to countenance criticisms of B16.  I began to realize that something was wrong at Holy Smoke. Not much later I began to realize just how wrong....
http://holywar.org/Ratzinger.htm

The doctrines of Catholicism are easily researched. They are clear and straightforward. And while they're modifiable to a point they are not changeable. What is doctrinal cannot be changed by later popes, cardinals, priests or theologians. Period.
http://www.catholictradition.org/Tradition/indefectibility.htm

Vatican II slyly expounded heresy. Despite the pronouncements of countless popes to the contrary, Vatican II teaches that pretty much anyone, even unconverted Jews, can be saved. This isn't too surprising a turn when one understands that the Church was targeted for subversion by hostile groups, principally Jews, Freemasons and others sympathetic to the errors of the French Revolution, from the early 1800's onward.
http://padrepioandchiesaviva.com/Vatican_II__About_Face_.html

A bit of history:
Realizing the impediment posed by the Catholic Church to their agenda, anti-Christian Masonic and related groups began infiltrating people into the seminaries. They understood very well that their plan would take generations to bear fruit. But, inspired by the luciferian ideal, and by the liberal application of threats, blackmail and bribery, the infiltrators gradually ascended in the hierarchy. In time some became very powerful churchmen.  Eventually they grew strong enough to begin imposing outcomes favorable to their agenda.
http://www.tanbooks.com/doct/destroy_church.htm

By the end of WW2 Freemasonry was ready to implement its long hoped for finale: installing a Freemason as pope. This they finally achieved in 1958 with the elevation of Cardinal/Freemason Angelo Roncalli as Pope John XXIII.  Pope John soon got around to organizing a council - saying he wanted to "update" the Church: hence, the infamous Vatican II Council. V2 was a Freemason's dream. Suddenly, one needed not be a Catholic anymore to be saved! The doors were thrown open to the world.  We were all God's people!  This "springtime for the Church" was soon followed by a devastating gutting of the old liturgy. Freemasons around the planet applauded V2 in the loudest terms.
http://www.opusdeialert.com/roncaliamason.htm
http://freemasonrywatch.org/bugnini_vaticanII.html
http://www.novusordowatch.org/freemasons.pdf

The effects of V2 are everywhere to be seen now: an enormous decline in vocations, openly heterodox theologians,  "Gay Pride" organizations at "Catholic" universities, pro-abortion nuns, faggy priests, hopelessly ignorant Catholics....   One could go on almost forever here.  So, what has any of this to do with Damian Thompson and Holy Smoke? Actually, quite a lot.
http://glbt.dc.gov/page/gu-pride-georgetown-university

Thompson and most of the correspondents at Holy Smoke are rightly sickened by liberal Catholicism and rightly decry the novelties introduced in the wake of V2. They can write incisive critiques of the devastation wrought by it. But then they'll praise B16... one of the chief architects - believing he wanted to uproot the heterodoxy tolerated a nd espoused by his predecessor, John Paul II. Some even attempt to defend JPII, calling him a prisoner of the Vatican modernists.  To say they were hopelessly delusional is putting things politely.

After being denounced by many at Blowing Smoke for pointing out that B16 was not going to roll back one jot or tittle of V2, I then made another startling discovery: I... was a... "vile anti-Semite!"

In the midst of one discussion at BS I mentioned the Talmud and its well documented anti-Gentilism (not forgetting its other ravings, which are numberless). I was immediately set upon by the BS mob. I was damned!  A vile anti-Semite!  A hater!  I was "re-crucifying Jesus"!  I didn't eat my spinach!  And all this for quoting rabbis... verbatim....

Of course anyone who publicly quotes rabbis verbatim these days, even a Jew, is called a vile anti-Semite.  Anyone who publicly expresses the slightest doubt about  the holocaust or 911 will find himself execrated as a "vile anti-Semite".  In fact even if you never mention Jews at all in connection with anything nefarious you will still be set upon as an anti-Semite; because you were thinking it!  That's one measure of how tender feelings have gotten.  In time I came to realize that being called an anti-Semite is actually a lot like being called a "truth-lover".  Something of a benediction, but in other words.

At Blowing Smoke I discovered a crazed new world where quoting Jews verbatim was verboten.  It touched too tender a nerve in people of a certain mind.  Quoting the Bible, Popes and saints regarding Satan's Synagogue would also send them into a frenzy. Nothing but unqualified love for God's Chosen was acceptable there.  In spite of BS's strident anti-V2 pose it was understood that while rabbis certainly get into heaven, quoting rabbis verbatim will get you into hell.

I was a neo-Hitler... just counting the days until I could spring another, more successful, holocaust on God's beloved. Oh, and lest I forget, I was even denounced for not capitalizing "holocaust".  Frankly my dear, I don't give a damn; but I'm certain now I'd have gotten no worse had I posted at the JDL site.

When I continued with my anti-Semitic obstinacy Thompson bounced me from Holy Smoke. But back then you could come back the next day under a new pseudonym.  I was banned but re-appeared under new names another 8-10 times before Thompson finally implemented a program that recognized IP's and I was finally banned forever.

Something's clearly rotten in Rome when you get cursed for quoting the bible, popes and saints at a "Traditional Catholic" website. But then the light finally came on: "Aaahhhhh, the UnHoly Smokers are phony Traditional Catholics."

Phony Traditional Catholics, like those at Blowing Smoke or Catholic Answers, are a fairly new development on the Catholic scene. These hypocrites love the Tridentine mass - but despise the council that gave it to them. They proclaim that Catholics, and only Catholics, can get to heaven - until questioned more deeply about this: at which point they'll say: "only Catholics... and Jews, Hindus, atheists and probably everyone else - everyone except Muslims - get into heaven."

They will denounce some cardinal as a modernist - while applauding a supposedly Traditionalist cardinal who likes to celebrate Hanukkah with his Jewish friends. They're fairly sympathetic to Archbishop Lefebvre, he was anti-V2 too after all, but spare little charity for Father Feeney and deride his supporters as "Feenyites". They come out against abortion - but go into enraged spasms if you tell them whose hand is behind abortion. They oppose the homosexual agenda - but are adamantly blind about who finances it.

The Traditional, ancient Catholic teaching is this: Extra ecclesiam, nulla salus.  "Outside the Church there is NO salvation". Only Catholics get to heaven (and not many of them).  No Protestants, no unconverted Jews, no Muslims, no Hindus, no Buddhists, no atheists....  The phony Traditionalist bows to this doctrine, then straightens up... qualifies it... and finally denies it altogether.

Accepting the doctrine of "Extra ecclesiam, nulla salus", along with the office (but not necessarily the person) of the Pope, are two of the marks by which real Catholics can be recognized.  Very few Catholics today have a clue about either; and even if they did would deny them.

Phony Traditionalist Catholics likes to gasp in horror at the latest Novus Ordo outrage. They parade about in robes of shimmering orthodoxy but underneath it all they're wearing rainbow underwear. Like the phony Blowing Smoke "Catholics" they appear to be sincere, heartfelt souls. They decry the damage modernism has wreaked on the Faith. But, being Satan's dupes, they react violently to anyone suggesting how Satan's Synagogue is behind much of it.

In one of his books, "Counterknowledge" Thompson denounces "holocaust deniers" and "911 conspiracy theorists".  This, by itself should raise many red flags about his credibility. The so-called holocaust has been thoroughly debunked for the money raking fraud it is; while Jewish fingerprints are all over 911. Israel and its friends had a lot to do with 911. Only an idiot - or liar - would try to deny it.  But, Thompson's newspaper is in the grasp of the Rothschild family, one of whose sons, Evelyn, sits on the board.  Rest assured, were Thompson to begin singing an unwelcome song about the holocaust or 911 he would quickly find himself out of a job, a la Rick Sanchez or Helen Thomas; with no more comfy book deals on the horizon.  Perhaps some kiddie porn would turn up on his computer....

Real Catholics understand that Judeomania, as espoused by the likes of Damian Thompson and his deluded followers, is an infallible sign by which the phony Catholic can be recognized.