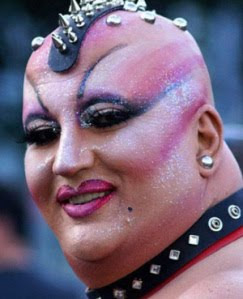 Back when I was more active against abortion I made a few discoveries: 1. The local media outlets ALWAYS underestimated the number of anti-abortion protesters.

During one of my anti-abortion “March on Washington DC” trips I met a guy at the Reflecting Pool who told me an interesting story: his daughter was enrolled at some big university in NY. She was in a women’s study class or something like that. About  this time (1988) a pro-abortion march on DC was planned. They had a visitor show up in the class who told them that jet planes had been chartered and if they wanted to attend the pro-abortion march they could sign up after class. The planes would fly them down and back on the same day.

And this was just *one* university class.

The message is this: we were up against phony numbers. When faking the numbers became too big of a problem they’d charter jet planes. No doubt trains and buses were being chartered too. We’re up against the phony numbers game today: with the holohoax story. Fag marriage. Anti-Russian propaganda. Choose what you will….

I’m 100% certain that someone, somewhere is paying queers to troll the Internet. Both as agitprop apparatchiks - and to make it look like there is a lot more support for queers than there really is. The old numbers game.

If you go to YouTube and post against queer marriage for example, you’ll quickly find yourself swarmed by queers and queer lovers. Why? Because they're getting paid!

My point is that WE need to start using the same tactics.

If you’re being swarmed somewhere by Internet freaks, come here and let everyone... all three of us... know - so you won’t have to fight them alone.