Stand with the Nooge! 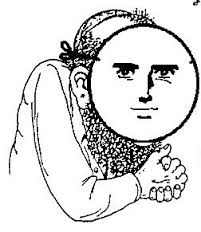 Ted Nugent is embroiled in controversy with, ahem... a certain group of people... AGAIN!

At his Facebook page he posted head pics of well known gun grabbers - with a Star of Remphan superimposed on each and every sneaky mug.

Rather than deny the facts of it, the Nooge was jumped by the msm and accused of being... gasp... an anti-semite!

His high profile, ballsy persistence in the matter of Second Amendment rights must be frustrating the Tribe.

Dr. Duke has put up a good video on the matter:

I immediately called my DC "representatives".  I know whose butts they're kissing but they need to know there are more and more people like me... waking up every day.  And there are going to be tens of millions of us once the crash finally happens.

Which is probably why Jews are doing their damnedest to import foreigners by the bazillions into America and Europe.

Anyway, as mentioned I called my DC "reps".  I asked the staffers if they knew who Ted Nugent is.  Two of three did. I mentioned that Nugent was in hot water with a certain group. Next, I read the names of those pictured on the Nooge's Facebook page. I then asked what one thing unites them all....  One guy said, "Yeah, they're all democrats!"

Dr. Duke does an epic exposition of the total hypocrisy of the Tribe: trying to grab America's guns (to make it easier to round up the enemies of global Israel... of whom there never seems to be an end) bragging about it in the next breath - then, as a grand finale, calling Nugent an "anti-semite" for speaking a truth of which they themselves publicly brag!   Sometimes, there are no words....

Truly, these people are in thralldom to Satan.

Posted by Citizenfitz at 3:23 PM No comments: