The true face of Freemasonry 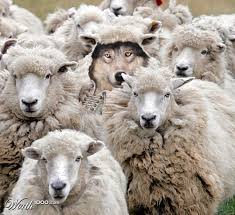 Back in the day when Catholics had real popes, this is what they had to say about Freemasonry:

"Their law is untruth, THEIR GOD IS THE DEVIL and their cult is turpitude." - Pope Pius VIII

"We have resolved and decreed to condemn and forbid such Societies, assemblies, reunions, conventions, aggregations or meetings called either Freemasonic or known under some other denomination. WE CONDEMN AND FORBID THEM BY THIS, OUR PRESENT CONSTITUTION, WHICH IS TO BE CONSIDERED VALID FOREVER." - Pope Clement XII

"They come under the guise of sheep although they are in truth, none but ravening wolves." - Pope Pius VII

"The Satanic spirit of the Sect was particularly evidenced, in the past century, during the course of the Revolutions of France which shook the entire world. Such upheavals proved that the total dissolution of human society could be expected unless the forces of this ultra criminal Sect were crushed. However, the Apostolic See's efforts have not been crowned with the success that might have been expected. The Masonic Sect of which we speak has been neither defeated nor overthrown: JUST THE REVERSE! The Sect has developed to such an extent that, in these days of great difficulty, it shows itself everywhere and with impunity and raises a more audacious countenance." - Pope Pius IX

"(The Mason's own) declarations, a thousand times published and republished are proof in themselves that attacks against the Church have been led progressively and systematically. They want to extirpate from your hearts the FAITH... and it is this One, True Faith WHICH MUST BE DEFENDED... the Faith which covered your ancestors in glory." - Pope St. Pius X

The roots of modern apostasy lay in scientific atheism, dialectical materialism, rationalism, illuminism, laicism, and Freemasonry - which is the mother of them all." - Pope Pius XII

"Evil comes out of these conspiring, secret societies; a bottomless abyss of misery, which they have dug and in which heresies and sects have vomited, as in a privy, all they hold of licentiousness, sacrilege and blasphemy." - Pope Gregory XVI

"They have dared publish works on Religion and affairs of State, they have exposed their contempt for authority, their hatred of Sovereignty, their attacks against the Divinity of Jesus Christ and the very existence of God: They openly vaunt their materialism as well as their codes and statutes which explain their plans and efforts in order to overthrow the legitimate Heads of State and completely destroy the Church." And he quoted Clement XIII’s remedial warning: "I entreat you to become penetrated of the Strength of the Spirit of God, His Intelligence and His Virtue, in order to escape being likened to the MUTE DOGS who, unable to bark, leave our flocks exposed to the voracity of beasts roaming the fields... LET US ABANDON EVEN THE THOUGHT OF BEING CHRISTIANS IF WE HAVE REACHED THE POINT OF TREMBLING BEFORE THE THREATS OR THE TRAPS LAID FOR US BY PERVERTS." - Pope Leo XII

"Filled with the spirit of Satan, who knows how to transform himself into an angel of light, Freemasonry puts forward as its pretended aim the good of humanity. Paying a lip service to the authority of law, and even to the obligations of religion, it aims (as its own statutes declare), at the destruction of civil authority and of the Christian priesthood, both of which it regards as the foes of human liberty." - Pope Leo XIII

"For, from what We have above most clearly shown, that which is their (Freemasons) ultimate purpose forces itself into view - namely, the utter overthrow of that whole religious and political order of the world which the Christian teaching has produced, and the substitution of a new state of things in accordance with their ideas, of which the foundations and laws shall be drawn from mere naturalism." - Pope Leo XIII

"At this period, however, the partisans of evil seems to be combining together, and to be struggling with united vehemence, led on or assisted by that strongly organized and widespread association called the Freemasons. No longer making any secret of their purposes, they are now boldly rising up against God Himself. They are planning the destruction of holy Church publicly and openly, and this with the set purpose of utterly despoiling the nations of Christendom, if it were possible, of the blessings obtained for us through Jesus Christ our Saviour." - Pope Leo XIII

What others have said about Freemasonry:

"I tell you now that Freemasonry is one of the most wicked and terrible organizations upon this earth.  The Masons are major players in the struggle for world domination.  The 33rd Degree is split into two.  One split contains the core of the Luciferian Illuminati and the other contains those who have no knowledge of it whatsoever." - Bill Cooper, Behold a Pale Horse

"I am prepared to complete the demonstration before God and man, that the Masonic oaths, obligations and penalties, cannot, by any possibility, be reconciled to the laws of morality, of Christianity, or of the land." - John Quincy Adams

"From the number and character of those who now support the charges against Freemasonry, I cannot doubt that it is at least susceptible of abuse, outweighing any advantages promised by its patrons." - James Madison

"It is evident that there are only Jews and kabbalistic Jews in Masonry's origin." - Bernard Lessaire, Jewish historian

"Masonry is a Jewish Institution whose history degrees, assignments, signs and explanations are of Jewish nature from beginning to end." - Rabbi Isaac Waites

The Mason's own words damn them:

"Lucifer, the Light-bearer! Strange and mysterious name to give to the Spirit of Darkness! Lucifer, the son of the morning! Is it he who bears the Light, and with it's splendors intolerable blinds feeble, sensual or selfish Souls? Doubt it not!" - Albert Pike, Morals and Dogma

"To you sovereign grand inspectors general we say this, that you may repeat it to the brethren of the 32nd, 31st, & 30th degrees. The masonic religion should by all of us initiates be maintained in the purity of the Luciferian doctrine. Yes, Lucifer is God, and the true and pure religion is the belief in Lucifer." - Albert Pike

"The light comes from Lucifer, he is the light-bearer." - David Spangler, Masonic writer

"When the Mason learns that the key to the warrior on the block is the proper application of the dynamo of living power, he has learned the mystery of his Craft.  The seething energies of Lucifer are in his hands!" - Manly P. Hall

"Cut through the outer shell and find a meaning; cut through that meaning and find another; under it, if you dig deep enough, you may find a third, a fourth - who shall say how many teachings?" - Carl Claudy, Masonic author

"Our final end is that of Voltaire and the French Revolution - the destruction forever of Catholicism." - Giuseppe Mazzini, Italian Revolutionary and Freemason

"By this plan we shall direct all mankind. In this manner, and by the simplest means, we shall set all in motion and in flames." - Adam Weishaupt, Freemason and founder of The Illuminati

I could go on almost forever about the Satanic Masonic cult but time is short....

Further information on Freemasonry and how it has specifically targeted the Catholic Church for infiltration and subversion: