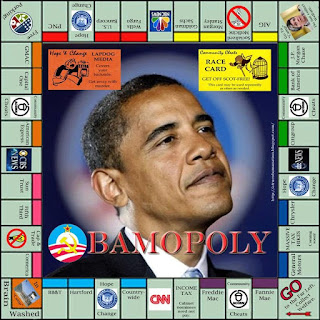 Admittedly, the Obama's a good public speaker, provided his teleprompter doesn't malfunction; but one has to wonder what virtues, - as a man - he possesses to be the President of the US; a job once held by men such as George Washington and Thomas Jefferson. Look as hard as you want, there's nothing that would qualify him for the job over millions of others. He got it solely because it was a staged extravaganza and he's one smooth talking mulatto who will do whatever his puppeteers tell him to do. Madison Avenue meets Pennsylvania Avenue meets Sesame Street.