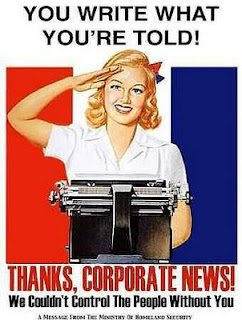 The "official story" is coming apart faster than girl's panties at a frat party. Eyewitnesses accounts report more than one shooter. The Army Times said there was "at least one" shooter.

Then you have the heartwarming story of how pretty, petite police officer, Sgt. Kimberly Munley, heroically took on Major Hasan in a shootout worthy of Old West mythology. However, it turns out that Munley was shot down at once and that Sgt. Mark Todd was actually the police officer who shot Hasan. This brings to mind the 2003 soap opera starring Pvt. Jessica Lynch who, we were told, emptied her magazine before being shot down in an attack by Iraqi insurgents. Later, the real story came out: she'd been badly injured in a vehicular accident, and had in fact been well cared for by her captors.

Hasan then found himself the beneficiary of a resurrection! Fort Hood officialdom at first declared he'd been killed at the scene - then, hours later, reversed itself in this pronouncement of Hasan's death. Don't these people know a dead man when they see one? They're soldiers for God's sake!

Then, you get to the core oddity of a "lone gunman" who casually waltzes in and shoots up a large roomfull of trained combat soldiers, periodically stopping to reload, then continuing about his merry way without interruption of any kind.

Faced with all the anomalies surrounding the "official" story, the Army is now refusing to take questions.... Friends, even if Hasan was a lone nut gunman, we are faced with the intractable problem of the government's hand in glove media feeding us "facts" that keep changing from hour to hour. This media involvement, by itself, should cause us to become very suspicious of the delivered story.

Finally, in American justice there's an old principle of "presumption of innocence". However, by 2009 the presumption of innocence has been turned on its head to: "guilty until proven guilty". We are told that Hasan was a radical Muslim who'd been planning this attack for months. Says who? THE US GOVERNMENT AND THE LAPDOG MSM - THATS WHO! I guess that settles it. We should all just believe them and go home.