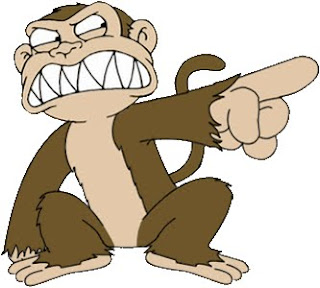 Now, put the cold water away.

Next, remove another of the original five monkeys, replacing it with a new monkey. The newcomer starts up the stairs and is attacked. The previous newcomer takes part in the punishment... with enthusiasm.

Finally, having replaced all of the original monkeys, none of the remaining monkeys have ever been sprayed with cold water. Nevertheless, none of them will try to climb the stairway for the banana.

"Why?" you ask...? Because in their minds that is the way it has always been.
Posted by Citizenfitz at 11:46 AM