A user's guide to heresies 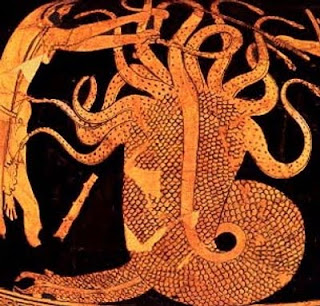 "All heresy begins below the waist."
Adoptionism: Eighth century onwards. "The Hispanicus error". The theory that there were two Jesus: Jesus/God, and Jesus/Man. Jesus/God was God's natural son whereas Jesus/man,at His baptism, became God's son by adoption. A reprise of the Nestorian heresy. Adoptionism arose in Spain in an area still under Muslim rule and was regarded favorably by the caliphs. Whereas Nestorianism divided Jesus into two natures, Adoptionism divided Jesus into two sons - one natural and one adoptive. Opposed by Charlemagne it failed to outlive its two principal hereseiarchs, Elipandus and Felix. Yet it experienced a qualified revival with Pierre Abelard's Neo-adoptionist christology in the twelfth century.

Albigensianism/Catharism/ Bulgarism: Twelfth through thirteenth centuries. "Good God, bad God." Dualistic cult that spread from Zoroastrian roots in Persia and followed the trade routes westward into Europe, becoming especially popular in southern France. The good God was represented by Jesus, who came to the world in spirit, not fleshly, form to teach man how to free himself from the imprisonment of matter - which was created by the "bad" old testament God, "Rex Mundi". The Cathars attacked the Catholic sacramental system, the priesthood and any idea of an institutional church. They held the New Testament, especially the Gospel of John as their authority and refused to take oaths. They opposed the death penalty and because they viewed matter as evil, refrained from eating meat, dairy products or anything else conceived through procreation, as these were snares of the demiurge. This scrupulosity extended to marriage as well. To give some idea of the situation: when called to appear before the Inquisition all the accused Cathar needed to show was proof he was married. On this, all charges were immediately dropped. They would cohabitate but shunned marriage. Their sexual habits were suspect as well, given that they viewed procreation as evil. This gave fuel the charge of sodomy. The British insult "bugger" (bulgar) takes its name from them. The Cathars had a spiritual castehood of "initiates", "believers" and "the perfect". They believed in reincarnation, holding that one became a "perfect" by stages and that this sometimes necessitated multiple lives. Exterminated by the ferocious Albigensian Crusade of the thirteenth century.

Arianism: Fourth to eighth century anti-Trinitarian creed. Claimed that Jesus was a created being, not begotten and not really God, by a subtle twisting of the Greek term "homoousia" (same substance) into "homoiosia" (similar substance). Jesus became the "Son of God" but remained a lesser being than God the Father. Likewise, the Holy Spirit was demoted from being the Third Person of the Trinity into a benign force representing the power of God. Arianism became popular among the upper ranks of Roman society and percolated downward accordingly. Famously decried by St. Jerome: "The world woke up and groaned to find itself Arian." Its greatest opponent was St. Athanasisus. Extinquished by the eighth century, yet elements of it resurfaced in the aftermath of the Protestant rebellion.

Docetism: First century onward. "Sprit good, matter bad." Monad v. demiurge belief that Jesus was purely spirit and his physical body merely an illusion. Likewise the crucifixion was an illusion as, being a spirit, Jesus could not and did not die. The body was viewed as a prison created by the demiurge to prevent man from realizing his divine origins. Similar to Marcionism in it's beliefs and consequent logic.

Donatism: More a schism than a heresy, the Donatists were a rigorist sect which held the valid administration of the sacraments depended on the "holiness" of the priest or bishop administering them. This question arose after the persecution of Diocletian (303-5) in which numerous priests and bishops handed over their holy books and even apostasized rather than face martyrdom. On the accession of the Emperor Constantine and the issuance of the Edict of Toleration, these men often sought to re-claim their old positions. However, the Donatists held that the apostasizng priests and bishops having abandoned them when in danger, had lost their sacramental faculties forever. After much debate it was decided that the office of the priest and not the character of the priest gave validity to the sacraments; and that the "Church is a church of sinners no less than saints." Thus, the apostasizing priests and bishops were allowed, after a suitable period of penance, to resume their old positions. Having lost the theological debate, the Donatists refused to accept the verdict and subsequently were themselves persecuted by Roman authorities.

Gnosticism: Ancient to present. Not a Christian heresy per se, but a religious sentiment of "secret knowledge" that found, and still finds, expression in many traditions, including paganism. Notable examples would by the mystery religions of Ancient Egypt and Rome, the medieval Cathars and today's Freemasonry, Theosophy and Kabbalah.

Marcionism: Second to fifth century AD. A Christian semi-gnostic sect which held Jesus to be the saviour of mankind but that the Old Testament God of the Hebrews was the demiurge, a lesser being who had created the material world and was the defacto creator of evil. This demiurge had set himself against the creator of spirit - the monad. Accordingly Jesus was not a human being but a spirit being - sent by the monad to teach men the true way to free themselves from the earthly grip of the demiurge.

Monophysitism: Third century to the present. The Christological belief that Christ has two natures, divine and human, united in one person. Had two slightly different permutations: Apollinarism - which held that, while Christ possessed a normal human body and emotions, the Divine Logos had essentially taken the place of his nous, or mind; and: Eutychianism - which held that the human and divine natures of Christ were fused into one new single (mono) nature. It is Eutychianism that became the dominant controversy. Anathematized at the Council of Chalcedon and politically opposed by the Emperor Justinian, it faded from the centers of Roman civilization but survived at the margins of the Empire and survives to this day in communities in Egypt, Syria, Armenia and Ethiopia.

Montanism: Second century cult that sprang up around the person of one Montanus, who travelled throughout what is now Turkey and, with the help of two female assistants, preached and prophesied to the locals. Montanus claimed to be receiving direct revelations from God and was able to spread his ideas throughout the wider Roman world, even entraining Tertullian into his mischief.

Nestorianism/Adoptionism: Early fourth century onwards. A doctrine advanced by the Patriarch Nestor of Constantinople that there were two Jesus' - one human the other divine and these only loosely joined. Denied the Virgin Mary's title "Mother of God", claiming she was the "Mother of Christ" only. Although he protested that he was wholly orthodox, Nestorianism was anathematized as heretical at the Council of Ephesus and Nestor himself deposed as bishop and excommunicated. However, Nestor's teachings have survived to the present in some degree in Christian communities scattered throughout the Muslim world.

Nicolaitanism: First century Christian heretical sect of undetermined provenance. Mentioned in the Apocalypse (2:6-15) as being a sect whose practices were hated by Christ. They quickly disappeared from the Christian topography. It was believed by some later Christian writers that they practiced marital immorality: either having multiple wives or sharing their own wives amongst one another.

Pelagianism: Mid fourth to fifth centuries. "You can be good without God!" Pelagius taught that Adam's sin was merely one of bad example, thus denying the concept of original sin. He taught that sin is not something endemic to mankind but is learned behavior passed down from the beginning of the human race. Sin can be overcome by men through their own willpower, aided by, but not the product of, divine grace.

Protestantism: Sixteenth century onwards. Heresy that began in Germany over widespread resentment with Italo-centric Vatican policies. Announced in force by Martin Luther, A German priest and theologian, who was angered by the so called "sale" of indulgences the Pope of the time pronounced in order to build St. Peter's Cathedral. Known popularly as the "Protestant Reformation" it was in reality a rebellion. Luther claimed the Catholic Church had gone wide astray of its mandate and wanted to bring it back to Biblical "basics". His Christology was based upon: 1. "Sola scriptura" - the Bible as the sole rule of authority. 2. "Sola fide" - one is saved by faith alone. 3. The universal priesthood of all believers. Luther received protection and patronage from some powerful German princes, who were themselves angry with Rome; and looking for a quick way to fatten their exchequers. Almost simultaneously a similar reaction was taking place in Switzerland under a French lawyer named Jean Cauvin (John Calvin). Much of what is recognizably Protestant today gets its color from Calvin rather than Luther. Whereas Luther tacked a course fairly close to Catholicism's, Calvin set out to explore new seas. Luther and Calvin started out admiringly but soon began to quarrel, and anathematized one another. Other heresiarchs quickly arose in their wake: Zwingli, Melanchthon, Henry Tudor, John Knox.... The list is endless. There are in the world at present over 33,000 various Protestant sects; and whatever one teaches, there's another one down the street that denies it all.

Waldensianism: Twelfth century to the present. Taught that the Bible is the sole rule of authority and, like the Donatists, that the validity of the sacraments depended on the worthiness of the priest. They refused to take oaths and condemned the death penalty. Sporadic persecutions failed to wipe them out. Following the Protestant rebellion of the sixteenth they were mostly absorbed into the newly emerged Protestant sects although some claimed "Waldensian" churches survive.