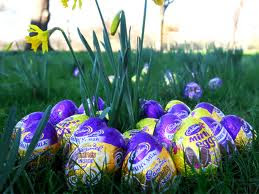 The tale is told that a high school girl working as a teacher's aid in an elementary school in Seattle was told not to call Easter eggs "Easter eggs" but "spring spheres". Being ever vigilant for your interests against the pc crowd I called the Seattle Public Schools' office: (206) 252-0200, and identified myself as a blogger following up on this story. The lady there said they’d gotten lots of calls about it and were trying to verify whether it really happened, but so far no one’s fessed up. It sounds dubious to me as no verifiable names are given – a bright red flag, that – but libs are so damn crazy you don’t want to automatically discount anything that looks like lib madness.

In any event the fact that something like this does sound believable gives us a pretty good idea of how sick The United States of America has become.