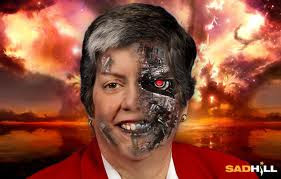 A "Terror drill" scheduled to take place at Treynor High School in Treynor, Iowa has been cancelled after an anonymous caller supposedly threatened to go on a school shooting rampage himself. What makes this story all the more ludicrous is that the "terrorists" were cast as "anti-immigration" White supremacist teens who go on a shooting spree: targeting minorities and casting racial slurs between re-loads. Of course it's always White kids (but never Jewish White kids) who are the villains in these terror dramas. Go figure!

This exercise had a threefold purpose:

1, Propagandizing the Treynor High teens - and others who would no doubt be watching from their own schools via webcam.
2. Demonizing and demoralizing White people - even though the majority of US crime is minority in striking colors.
3. Casting guns and gun owners in the worst light.

In short, the whole stinking thing was a propaganda play - similar to those once seen in the Soviet Union and Communist China. And not at all surprisingly, the Dept. of Homeland Security was the sponsor! The same Dept of Homeland Security that wrings its hands in impotent grief as hordes of Mexicans (and others) flood our borders....

Feel yourselves invited to call the Pottawattomie County Sheriff's office, who are looking for the "anonymous" caller. They'll save themselves a lot of leg work if they start with Janet Napolitano.