The Jewish Wikipedia calls it an "antisemitic... White supremacist... extremist... racist... canard." Which is another way of saying, "Aachhh, dere on to us!" Whenever Jews resort to flinging ad hominems like "antisemite" around, you know someone's getting close to a truth they want to keep hidden. As the video shows, the kosher tax biz has gotten so lucrative that Jews now have over 250 kosher accrediting groups; all squabbling over their cut of the action. Rather than simply stamping a Star of David on stuff to indicate that a kosher tax is being charged to you, they resort to multitudes of covert symbols. I've included some of the more common ones you'll see on boxes and bags in the supermarket; but there are many more. Study them and remember you don't have to buy this stuff. And if you're really feeling froggy, you can call up the companies and tell them that. 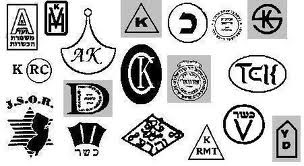 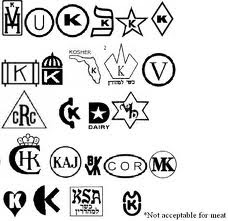 Posted by Citizenfitz at 6:49 AM