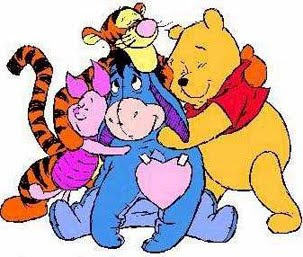 I doubt the following was actually written by a Jew. It doesn't read "Jewish"; and the punctuation is poor. However, if he is Jewish, the guy is a rare, and possibly endangered, member of that species.

Hello fellow jews, today we're gonna talk about the most serious threat against our people, antisemitism, and what can we do to fight against it, we did a lot of research to try to understand it's causes and we came up with the following plan:

First we're gonna have to stop lying, I know it's very hard for us but we're a really great people so we could... sorry, I was lying again, it's hard, but people really don't like us when we lie, so let's stop lying. We evolved trading so evolution favored the liars, it's not out fault, let's stop.

In Japan people look at their government and media and they see Japanese, in China they see Chinese, in India they see Indians, in Arab nations they see Arabs, they all see people like them, maybe the Japanese in the Japanese government and media or the Arabs in the Arabs ones have more money and power but they are still Japanese or Arab and nothing else, but in America, Canada, all of Europe including all of Russia and Australia people see their governments and media dominated by us, they really don't like us because we rule over them, we need to stop dominating.

Many people feel in an intellectual prison because if they dare to disagree with us we usually attack them, we need to listen more to criticism and be less sensitive and aggressive.

There were hundreds of wars in Europe in the last 2000 years and around 50 jewish expulsions, after hundreds of wars they all forgave each other and forgot and live now in peace, but we are very intelligent so we never forgive nor forget, we tell our children that the Europeans have always been antisemitic, 50 conflicts between us and them and they forgave and forgot but we didn't, so they have peace between them but we always have conflict, we must forgive and forget to live in peace.

So we're the chosen, anyone who disagrees is against us and may destroy us so we must destroy them first, we need to calm down a bit.

We're trying to cause a 3rd world war to make the Middle East safe for Israel but people are becoming aware that we caused the 1st one to create democracies in Europe so we could rule them and because Britain promised Palestine to us and also we caused communism killing tens of millions of Russians and Ukrainians that refused to submit to our will and when we tried to do the same to all of Europe that guy Hitler tried to stop us so we blamed him even for the goyim that we killed and we also made sure that no country would allow jews in so they would have to go to Palestine and we could have our own state, now because we demolished building 7 in the middle of the day when we could have done it at night everyone knows that we did it and already a lot of people died in Afghanistan and Iraq so if we nuke Iran then all that will come out, let's stop lying by misquoting Ahmadinejad about wiping Israel off the map and let's not cause WW3.

When communism fell we divided the russian economy among ourselves, we should give them their economy back and return everything we gained without labor.

We really need to end it.

Let's end it and stop lying about any need for a gold standard, we should allow the US government to print it's money and as long as each dollar printed matches it's own value in work it will be no inflation and no need for gold.

The 100 movies that made the most life... I mean money, didn't have any sexuality but we promote decadence non-stop, the pornographers are almost all jewish, we need to stop that.

#12 Stop lying about the Holocaust(TM)

We lied so much about it that we need to send people to prison in Europe if they disagree, the small chambers for clothes are perfectly designed with valves and everything while the big rooms that we show as gas chambers are ridiculous, in 10 years no one will believe in that story anymore, maybe we should apologize for having lied so much.

#15 Stop the genocide of the white race

We use our media to try to mix races in all the nations that have a white majority, we're trying to make America, Canada, Europe, Russia, Australia and all the White nations become like Egypt or India or Portugal in which races mixed, promoting race-mixing while we reduce birth rates with feminism and homosexuality it's genocide, we're trying to destroy their genes with lies like telling them that races don't matter while we keep Israel for ethnic jews only, White Americans have been nothing but nice to us, maybe we should stop trying to destroy them.

What other people want is more important that what we want for them.
People like it when they feel respected, when they are not told how to think, but our nature it to tell everybody how to think and try to control everything, we need to start respecting people. Let's stop thinking only about "what's good for jews"

That's the key. The so called "antisemites" don't like jews, if we attack them then more people dislike us because we are forcing them to like us, they don't like it when we force them to like us, a better strategy to get rid of the people who don't like us is to be liked by them, that's the key to end antisemitism forever, we should be likeable.
Posted by Citizenfitz at 8:09 PM