Blinded by the night 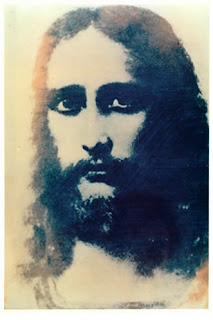 "For all the House of Israel is a hard forehead and an obstinate heart." Ezekiel 3:7

"They (Jews) prefer to persist in their stubborness rather than admit the words of their prophets and the mysteries of Scripture and come to the knowledge of salvation." Bl. Pope Gregory X

"So clearly was the transistion then made from the Synagogue to the Church that when the Lord gave up His soul, the veil of the Temple was rent in two." Pope St. Leo the Great

The Jews knew that Jesus was the Son of David. Even now they hope for the Messiah's coming; but it is hidden from them that He has already come. It is hidden because they willed it so." St. Augustine

"Many shall come from the East and West and sit down with Abraham and Isaac and Jacob in the Kingdom of Heaven; but the children of the Kingdom shall be cast out into exterior darkness." St. Matthew 8:11

"The 'exterior darkness' is that of the Jews - who heard the truth but refused to believe it." St. Thomas Aquinas

"There is need of constant prayer lest we defect from the heavenly Kingdom - as have the Jews to whom it was first promised. The Lord shows that the Jews were the children of the Kingdom." St. Cyprian

"The Jews are deprived of these good things for they are not brought to life in Christ. Their sins remain unwashed away. Neither do they advance into the Kingdom of Heaven." St. Eusebius of Caesarea

"Raging against the Gentiles as 'unclean', the Jews themselves became unclean; and their justice became like the rag of a menstruous woman." St. Basil the Great

"I come in the name of my Father and you receive me not. If another comes in his own name, him you will receive." St. John 5:43

"From then on, Pilate tried to set Jesus free, but the Jews kept shouting, 'If you let this man go, you are no friend of Caesar. Anyone who claims to be a king opposes Caesar.' When Pilate heard this, he brought Jesus out... 'Here is your king.' But they shouted, 'Take him away! Take him away! Crucify him!' 'Shall I crucify your king?' Pilate asked. 'We have no king but Caesar' they replied." John 19:12-15

"Let the Gospel be preached to them, and if they remain obstinate, let them be expelled." Pope Leo VIII

"We are told by the Apostle that when the time is ripe Israel shall be saved - but not all. Those who die beforehand will remain in death." St. Bernard

"One who dies (remaining) a Jew shall be damned." St. Vincent Ferrer

"Well should the Jew mourn who, not believing in Christ, has assigned his soul to perdition." St. John Chrysostom

"Oh Jews! Your impiety has caused our salvation. The death of Christ which liberates us, accuses you." Pope St. Leo the Great

"Do not add to your sins by saying that the Covenant is both theirs and ours. Yes, it is ours; but they lost it. God gave the Covenant to the Jews but because of their sins they were found unworthy." St. Barnabas

"Those who deny the Son likewise deny the Father." St. Athanasius

"If any man love not our Lord, Jesus Christ - let him be anathema, marantha." I Corinthians 16:22

"By their malice, the Scribes and Pharisees and princes of the Jews were a considerable hindrance to the salvation of the people. Both because they opposed Christ's doctrine and because their evil ways corrupted the morals of the people." St. Thomas Aquinas

"The Jews are the enemies of God and foes of our holy religion." St. Pius of Pietralcina (Padre Pio)

"Poor Jews! You invoked a dreadful curse in saying, 'His blood be on us and our children.'" St. Alphonsus Maria Ligouri


From Michael Malone's, The Apostolic Digest
Posted by Citizenfitz at 11:55 AM