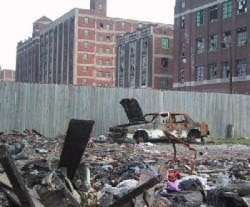 The ruling cabal has plans for you and me: serfdom! Paper money follows an inflexible logic: inflation/deflation. The people who control the issuance of paper money have their hands and feet on the world's steering wheel, shifter, accelerator and brake. We the people on the other hand are seen by them as their cargo; to be bought, sold and transported to market when the time is right and a need arises. Imagine yourself as a cow on a scientifically managed farm and you'll have a good idea idea of the situation. I know... you don't think you're a cow on a farm, but the elite do view you that way and they have the power to act on that premise. In the final analysis you and I are going to become poorer. Probably a lot poorer. But don't expect taxes to go down or the politicians to give up their perks.


"The average American family is under more economic stress right now than at any other time since the Great Depression. Just check out the following statistics....

#2 Only 66.8% of American men had a job last year. That was the lowest level that has ever been recorded in U.S. history.

#3 In the United States, one-fourth of all the income is brought in by 1 percent of the people.

#4 Rising prices are putting an incredible amount of stress on American family budgets. According to John Williams of Shadow Government Statistics, if the U.S. government measured inflation the way that it did before 1980 the inflation rate would be much different. For example, Williams says that inflation rose at a 9.6 annual rate during the month of February using the old measurement."