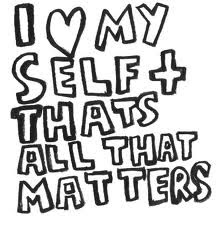 This article on gullible people is very interesting and it makes a lot of sense. But imho the personality type popping up everywhere today is the "egoist"; and these are egoistical times. For an egoist truth, reality and falsehood are subjective terms. Something is true or not, not because some outside authority says so, but because the egoist feels it's so. Of course it's a delusion, but there's no end to people who find delusions preferable to reality. The daily lie confirms the egoist's view of himself as an intellectually and emotionally evolved new species. Truth on the other hand is like a hard ass public prosecutor. Who wants to deal with that? Anyone can see and understand the simple truth of a matter - but it takes the advanced mind of an egoist to discern all the permutations, penumbras and complexities in the "truth".

When a lie that egoists have liked rebounds badly on them, they go to great lengths to not have to admit it. Just look at all the mental gymnastics the Obamanites have performed to defend their boy! Admitting you got sucker punched isn't easy for anyone, but for egoists it's a torture. They'll deny that two plus two equals four before they'll admit they're wrong. I've heard them do it myself! Such people find it easier to go to the stake than admit they were wrong.

It's interesting to see egoists flock together the way they do. You'd think that being egoists they couldn't stand the company of others who think THEY are the pinnacle of mental and moral evolution. In fact they will fall out eventually, but in the mean time their sense of a common, hated enemy: Goyim, men, Whites, the bourgeoisie, Kulaks, Tea Party'ers, "homophobes", Christians, Jews... is the negative glue that binds them. Take away their "enemies" and they become like shadows in search of a light.

The smaller egoists are easy marks for bigger egoists... and so on. Jews are the world's biggest egoists. They see themselves as genetically better and smarter than everyone else. Oh, they may not be able to defend their position on an issue, but that doesn't stop them from attacking yours... or you. If you ever challenge a Jew (or a liberal) on something, they immediately try to turn it back on you. I have some experience with American commies... they always dodge an accusation against communism by pointing to some real or imagined evil in America. Of course the way to answer them is to say, "We're not talking about America... we're talking about communism." Repeat it however many times you have to. It shuts them up. The same approach is helpful when debating with Jews.

Goyim are the boogeymen who focus the Jews' egoistical energy away from themselves; and if there were no Goyim, it'd be necessary for Jews to invent them. Israel has created little of value in the world. Why's that? Because Israeli Jews are around a bunch of other Jews... pretty much 24/7. What an ordeal! They do better when they have Christians lurking behind every tree waiting for a chance to jump out and holocaust them. Such thinking stimulates their already nervous minds. In point of fact Jews can't seem to agree on much of anything. They are forever involved in petty, internecine squabbles. But they do unite in a primal hatred of Christianity.

Being the world's premier egoists, Jews are quick to recognize, use and manipulate the lesser egoists - e.g. liberals and neocons. But whereas they once did it from the safety of the shadows, now it's done more and more in the broad light of day. They even brag about it. But, taking the rote of history into account, we can be certain that they will once more overplay their hand... with disastrous results for themselves. It's the same as it ever was.