Don't head off to a FEMA camp 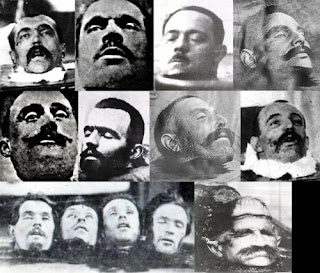 As we all know, the reign of terror during the French Revolution came to a sudden end. HOW it came to its end is an interesting story.

One of the revolutionaries, a man named Joseph Fouche, ended up on Robespierre’s s*** list. He went into hiding – with the police of the Directory hot on his heels.

Fouche never stayed long in the same place; and he slipped from house to house during the loneliest hours of the night. He told those with whom he stayed – who were usually deputies of the National Convention like himself – “Robespierre is drawing up a new list and your name is on it. I am sure of it.” This created the desired effect. The deputies began to grow very nervous that Robespierre had a plan for their heads quite apart from their own.

Not long afterwards Robespierre appeared before the Convention to give a speech. By this time all of the deputies had heard Fouche’s story, and knowing Robespierre, believed it. During a pause in his speech one of the deputies stood up and demanded to know about the latest “list”. As if a spell had been broken and almost as one the deputies leaped to their feet clamoring to know about “the list”.

When Robespierre’s voice failed him in the middle of this tumult, one of the deputies cried out, “The blood of Danton chokes him!” Robespierre was arrested and the next day he was guillotined.

The point is this: ONE MAN realizing the situation and acting intelligently was able to galvanize a reaction that brought low the main figure of the French Revolution - and end his reign of terror.

We need to do likewise. Tell those of our friends and familes who’ll listen that FEMA camps are certainly coming – and their names might be on the list.

I know my name is on the list.  Your's could be too.