Chick-fil-A and the fags 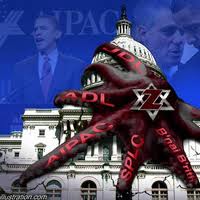 Long lines at Chick-fil-A franchises around the country testify to the growing resistance of Americans to the faggot agenda being rammed down our throats.   But, pretty soon people will start connecting the dots between: 1. Global Jewry.  2. The mainstream media. 3. Jewry's goy political puppets.  4. Jewry's pushing of organized faggotry.

It all comes down to Jewry's fear and hatred of others (particularly if those others are White) and their backstage but very real war for global domination. Organized faggotry and its subsets is obviously an important issue for them: the global media, which they own lock stock and barrel, pushes faggotry very hard... incessantly. Not to mention multi-culturalism, anti-Christianity, anti-Islamism, war mongering....

But the media isn't just puking its filth into your living room - it's also a window into the twisted mind of Jewry.  You just have to learn to understand their codespeak.

Jews comprise about 2% of the population here in America - but just check out how many important positions Jews hold in the Federal government - as well as in key states like California, Florida and New York.  Coincidence?   I doubt it.

Say no to global Jewry.  Say no to fags.  Eat at Chick-fil-A!