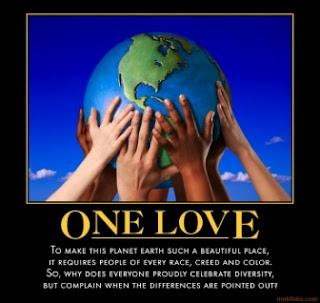 A friend who's a nurse forwarded the following bit of lunacy.   In order to be a nurse you have to take periodic tests.  The hospital he works at is pushing the "diversity" agenda hard: Whites need to understand that all the non-paying negroes, Mexicans  and foreigners flooding into American hospitals must be understood and catered to before White people.

"1. Discrimination is the unfair treatment of a person or group. It is the result of prejudice...."

And "prejudice" is exactly what its Latin root implies: to "pre-judge".   You can't judge between two things without first distinguishing between the two things.   This is a great example of how liberals misuse terms to their own advantage.  If you  ever debate liberals it's necessary to know this essential deceit that they often resort to.

"2. A prejudice is a preconceived judgment or opinion about a group of people...."

People or *things*.  Furthermore, prejudices are something all of us do... all the time.  It's impossible to go through life judging each and every thing or person on an individual basis.  Prejudice is a form of mental shorthand that allows us to make quick, accurate decisions in a given situation.

"3. Prejudice often takes the form of ethnocentrism. This often results in the belief that one's own group is better than all others...."

It can take this form.  But notice how the liberal assumes this is automatically a bad thing.  Here we see the delusional  liberal idea that all people, cultures and values are of equal worth.   I remember a lib numbskull once saying that some Africans beating a tattoo on a log was just as significant a cultural statement as Beethoven's Ninth Symphony....   Never forget that LIBERALISM IS FIRST AND FOREMOST A MENTAL DISORDER.

"4. For example, a hiring manager believes that Caucasians are smarter than members of other ethnic groups. As a result, only Caucasians are hired. Equally qualified minorities are not considered for the job. This is a discriminatory practice resulting from a prejudicial belief...."

While on the other hand you have the US government holding a gun at your head and telling you you must hire some ignorant, shiftless negro rather than an intelligent and qualified White person.   However, THIS is NOT "a discriminatory practice resulting from a prejudicial belief...."

"5. To value diversity, you should identify your prejudices.  Work to change these attitudes and behaviors...."

I think this has already been fully explored: "diversity" equals "anti-White".

"6. To value diversity we must examine our stereotypes and avoid using generalizations as stereotypes...."

We should treat others as individuals - so far as it's rational.  We should avoid over-generalizations too.  But it's a not a good thing for people, Black or White,  to go wandering around after dark (or even in the broad daylight) in: New Orleans, or East St. Louis, or Gary Indiana, or Detroit, or the South Bronx, or Memphis, or Atlanta, or any place with a significant Black population....