Can You Believe It?

There are people out there who think that the Apollo Moon missions were faked! They're the same people who think Kennedy was murdered by a government conspiracy; and that Bldg 7 didn't fall on 911 because of a few, small, internal fires but was professionally demolished. I dare you to take one look at this high-tech wonder and say we didn't go to the Moon. 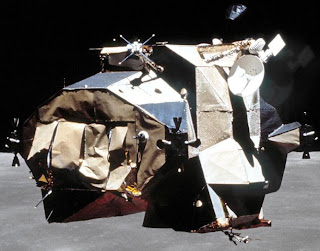