Rachel and her children 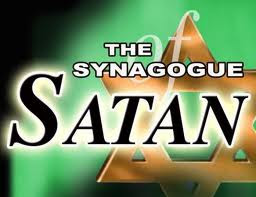 Here’s a bizarre story. A Jewish mother of the late middle ages murders her own children rather than risk them being baptized by some rampaging Crusaders. Because of this, her name has come down through Jewish history as, “Rachel the Pious”. Jews… you couldn’t make this stuff up.


Rachel and Her Children

“Now I shall recount and tell of the most unusual deeds that were done on that day [May 27, 1096] by these righteous ones…. Who has ever seen anything like this? Who has ever heard of a deed like that which was performed by this righteous and pious woman, the young Rachel, the daughter of Rabbi Isaac ben Asher, the wife of rabbi Judah? For she said to her friends: “I have four children. Do not spare even them, lest the Christians come, take them alive, and bring them up in their false religion. Through them, too, sanctify the name of the Holy God.”
So one of her companions came and picked up a knife to slaughter her son. But when the mother of the children saw the knife, she let out a loud and bitter lament and she beat her face and breast, crying: Where are Thy mercies, O God?” In the bitterness of her soul she said to her friend: “Do not slay Isaac in the presence of his brother Aaron lest Aaron see his brother’s death and run away.” The woman then took the lad Isaac, who was small and very pretty, and she slaughtered him while the mother spread out her sleeves to receive the blood, catching it in her garment instead of a basin. When the child Aaron saw that his brother Isaac was slain, he screamed again and again: “Mother, mother, do not butcher me,” and ran and hid under a chest.

“She had two daughters also who still lived at home, Bella and Matrona, beautiful young girls, the children of her husband Rabbi Judah. The girls took the knife and sharpened it themselves that it should not be nicked. Then the woman bared their necks and sacrificed them to the Lord God of Hosts who has commanded us not to change His pure religion but to be perfect with Him, as it is written [Deuteronomy 18:13]: “Perfect shall you be with the Lord your God.”

“When this righteous woman had made an end of sacrificing her three children to their Creator, she then raised her voice and called out to her son Aaron: “Aaron, where are you? You also I will not spare nor will I have any mercy.” Then she dragged him out by his foot from under the chest where he had hidden himself, and she sacrificed him before God, the high and exalted. She put her children next to her body, two on each side, covering them with her two sleeves, and there they lay struggling in the agony of death. When the enemy seized the room they found her sitting and wailing over them “Show us the money that is under your sleeves,” they said to her. But when it was the slaughtered children they saw, they Struck her and killed her, upon her children, and her spirit flew away and her soul found peace at last. To her applied the Biblical verse [Hosea 10:14]: “The mother was dashed in pieces with her children.”
Posted by Citizenfitz at 8:57 AM