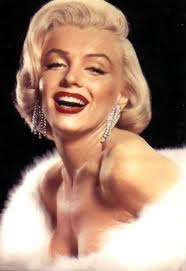 Here are some snippets from the book, In the President's Secret Service: Behind the Scenes with Agents in the Line of Fire and the Presidents They Protect by Ronald Kessler (Aug 3, 2010). Stories from Secret Service personnel assigned to guard U.S. Presidents, First Ladies and Vice Presidents:

JOHN & JACQUELINE KENNEDY:
A strange man. He was usually pleasant and polite but was a philanderer of the worst sort. He'd fly Marilyn Monroe in for a romp then send her back on the next flight. Created an early warning system so he'd know when Jackie was around.

She ordered the kitchen help to save all the leftover wine from state dinners, which she would mix with fresh wine and serve again at the next White House occasion.

LYNDON & LADYBIRD JOHNSON:
Another philanderer of the highest order. In addition, LBJ was as rude and crude as the day is long. LBJ ran a lot of women through the White House in his extramarital affairs. Like JFK he too set up an early warning system to alert him if/when his wife was near. Both Kennedy & Johnson were very unfaithful husbands.

Ladybird was either naive or just pretended not to know about LBJ's many affairs.

RICHARD & PAT NIXON:
Compared to JFK and LBJ, Nixon was a personally moral man, but very odd, weird, paranoid, etc. He had a horrible relationship with his family, and in many ways was almost a recluse.

Mrs. Nixon was a quiet woman.

SPIRO AGNEW:
A nice, decent man. Everyone in the Secret Service was genuinely surprised by his downfall.

GERALD & BETTY FORD:
A true gentlemen who treated the Secret Service with respect and cordiality. He had a great sense of humor.

JIMMY & ROSALYN CARTER:
A phony who would portray one picture of himself to the public but who was very different in private. To make the press think he came to work early, he would walk into the Oval Office at 5 a.m., but then take a nap. He would have himself photographed carrying his own luggage, but the suitcases were empty. He kept empty suitcases around just for photo op's. He wanted people to see him as pious and a non-drinker, but he actually drank a lot. He had a disdain for the Secret Service; and he was very irresponsible with the "football" nuclear codes. He didn't think it was a big deal. He'd keep his military aides at a great distance. He often didn't acknowledge the Secret Service personnel assigned to protect him.

She mostly did her own thing.

RONALD & NANCY REAGAN:
The real deal: moral, honest, respectful, and dignified. They both treated Secret Service, and everyone else, with respect. Thanked people even for little things. He took the time to know everyone on a personal level. On cold nights he would bring cups of hot chocolate himself to agents on the roof of the White House. One favorite story which circulated among Secret Service personnel was an incident early in his Presidency. One day he came out of his room with a pistol on his hip. The agent in charge asked: "Why the pistol, Mr. President?" Reagan replied, "If you boys have trouble, I can help." It was common for him to carry a pistol. When he met with Gorbachev, he had a pistol in his briefcase. Upon learning that Gary Hart was caught with Donna Rice, Reagan said, "Boys will be boys, but boys will not be Presidents." [He obviously either did not know or forgot JFK's and LBJ's sexcapades!]

She was nice too but very protective of the President and the Secret Service was often caught in the middle. She tried hard to control what the President ate, and he would say to the agents "Come on, you gotta help me out." The Reagans' drank wine during State dinners and special occasions only; otherwise they shunned alcohol. The Secret Service could count on one hand the times they were served wine during their family dinner. For all the phoney bluster of the Carters, the Reagans were genuine and genuinely moral people.


GEORGE H. & BARBARA BUSH:
Extremely kind and considerate. Always respectful. They took great care in making sure the agents needs were taken care of. They even brought them meals, etc. One time Barbara Bush brought warm clothes to agents standing outside at Kennebunkport; one agent was given a warm hat, when he tried to nicely say "no thanks", even though he was obviously freezing, President Bush said "Son, don't argue with the First Lady, put the hat on." He was the most prompt of the Presidents. He ran the White House like a well-oiled machine.

She ruled the White House and spoke her mind.

BILL & HILLARY CLINTON:
For him the Presidency was one giant party - but he wasn't trustworthy. He was amiable because he wanted people to like him, but to him life was just one big game and party. Everyone knew of his promiscuity. He was polite, but not kind. His security detail believed him to be disingenuous and that he did nothing without a motive that would in some way enhance his image and political career. The Secret Service did not particularly like him - and nobody trusted him.

She was another phony. Her personality would change the instant that cameras were near. She detested, with undisguised contempt, the military and Secret Service, and forbade Chelsea from even exchanging pleasantries with them. She acted as though people are here to serve her. She was always trying to keep tabs on Bill - whom she would scream at and insult even when others were around. She was roundly despised by the Secret Service and the agents assigned to protect her life were constantly trying to get off the detail.

AL & TIPPER GORE:
A pompous, egotistical ass, who was once overheard by his Secret Service detail lecturing his son that he needed to do better in school or he "would end up like them" - pointing at the agents.

Tipper was likable. She didn't care at all for Hillary and never associated with her unless she had to.

GEORGE W. & LAURA BUSH:
The Secret Service loved him and Laura Bush. He knew all his detail, and their families, on a first name basis. He was the most physically fit President and kept a very strict workout regimen. The Bushes made sure their entire administrative and household staff respected and were considerate of the Secret Service agents.

Laura was one of the nicest First Ladies ever - if not the nicest. She never had a harsh word to say about anyone. Her agents loved her.

BARACK & MICHELLE OBAMA: Clinton redux. They hate the military and look down on the Secret Service. He is egotistical, cunning and untrustworthy. He'll look you in the eye and appear to agree with you, then turn around and do the exact opposite. He has temper tantrums.

She is a complete bitch, who hates anybody who is not black. She hates the military and treats the Secret Service as her personal servants.
Posted by Citizenfitz at 11:06 PM