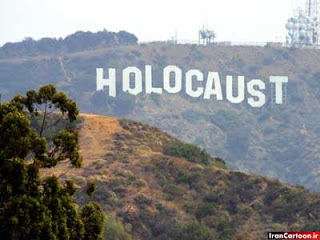 Never forget: people were tortured and hanged on the basis of stories like these.

The Germans steamed and electrified Jews: "Special camps were established for this purpose where the destruction of human lives was carried on by mechanized means. The best known of these death camps are those of Treblinka, Belzec and Sobiber in the Lublin district. In these camps the Jews were put to death in their thousands by hitherto unknown, new methods, GAS AND STEAM CHAMBERS AS WELL AS ELECTRIC CURRENT employed on a large scale.... For the victims transported to the camp in cattle trucks and exposed for several days to the most cruel sufferings of body and soul, DEATH IN THE STEAM CHAMBERS MUST HAVE COME AS A WELCOME RELIEF.... As early as spring 1943 the Germans began to exhume the bodies and to burn them so as to destroy all evidence of the crimes perpetrated."
Volume 5, DOCUMENT 3311-PS, from the International Military Tribunal at Nurnberg, Germany

Elie Wiesel... the neverending whine: "The sincere Christian knows that what died in Auschwitz was NOT THE JEWISH PEOPLE BUT CHRISTIANITY.... In Buchenwald they sent 10,000 persons to their deaths each day. I was always in the last hundred near the gate. They stopped. Why...? "Every Jew, somewhere in his being, should set apart a zone of HATE - healthy, virile HATE - for what THE GERMAN personifies and for what persists in THE GERMAN. To do otherwise would be a betrayal of the dead."" Against Silence: The Voice & Vision of Elie Wiesel, Volume 1

"Later, I learned from a witness that for months after the massacre, the ground did not stop trembling and that from time to time, GEYSERS OF BLOOD spurted up out of the earth." Elie Wiesel, Against Silence: The Voice & Vision of Elie Wiesel, Vol 2

Biting, clawing Jewish zombies: "I felt that I was choking, strangling, but I tried to save myself, to find some air to breathe, and then I felt that I was climbing towards the top of the grave above the bodies. I rose, and I felt bodies pulling at with me with their hands, biting at my legs, pulling me down, down.... Blood was spurting from the grave in many places, like a well of water, and whenever I pass a spring now, I remember the blood which spurted from the ground, from that grave.... After three days, shepherds drove their herd on to the field, and they began throwing stones at me, but I did not move. At night, the herds were taken back and during the day they threw stones believing that either it was a dead woman or a mad woman. They wanted me to rise, to answer. But I did not move. The shepherds were throwing stones at me until I had to leave the place...." Testimony of Rivka Yosselevska at the Trial of Adolph Eichmann

Mr. G, Age 82
Place of Persecution Rabka bei Zakopane
Date: 1942"[In] 1940-1941 we were living in Krakow, Poland. The Nazis started to build the ghetto. My father finds a house in the province, in between Krakow and Zakopane. The village is called Rabka. This happened because we did not want to go to the ghetto. The SS and the Gestapo robbed all of our possessions from the villa we lived in. And they took us along. I, 20 years [old] at that time, resist, and as a result I was subjected to medical experiments.

What I am about to write you have not heard or read before, as follows: Me and a Jewish American (a watchmaker, passport from the USA) were subjected to medical experiments. SS German Shepherd dogs, belonging to the commander of the SS Obersturmfuehrer Rosenbaum, with a special poison on their teeth … we had to run [and] the dogs had to chase us. Afterwards they examined our wounds, the blood. A doctor … ripped the flesh of my legs and examined it. After some time I was able to escape. First to a peasant in a village—afterwards to friends of mine in Krakow. There my wounded legs started healing. As a result of this experiment (the dog bite and the poison) my whole left foot was ripped apart and during the course of the years I developed wounds and cancer. During August 1962 and November 1962 I was operated [on] in the cancer institute and was treated in Gliwice in Poland. …My good parents were shot in the summer of 1942 under the supervision of SS Obersturmfuehrer Rosenbaum and were buried in the mass grave in Rabka."

"Each day I was submerged in hot water. Whenever I tried to put my head out of the water in order to breath I was forced back into the water by Dr. Josef Mengele’s stick. He was enjoying himself. This lasted for 10 minutes. I was immediately afterwards put into cold water and the same procedure was repeated. There were five [people] including myself undergoing the same process. After these daily sessions we were taken to barrack No. 8 - Auschwitz, which was destined [for] those who were to die, to see for how long we were going to survive. A [woman] passing by saw me gesturing and crying for help through a hole in a plank of the wooden barrack. She loosened the plank and wrapped me. I was saved. I know nothing about the fate of the other four persons."

"As soon as I arrived in Auschwitz I was taken into a room and there I was undressed and made to kneel down … on my knees and my hands. The SS officer [who] was probably a doctor, dressed in white robe, shoved an iron stick, which had a handle on its end, right into my rectum. He then turned the stick and caused an involuntary ejaculation of sperm. A female SS officer [who] worked with the other officer held two pieces of glass underneath my genitals in order to collect a sample of my sperm for the lab. They then made me stand up on a special machine that gave electric waves to both sides of my genitals until again a sperm was ejaculated. After the liberation I was taken to Sanatorium Gauting next to Munich. There I was bedridden for almost a year starting with a weight of only 30 kilograms. During that year I was operated for serious medical problems."