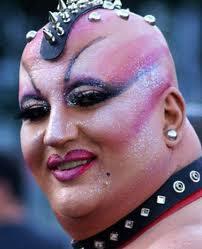 This just in from the American Family Association - a Christian group espousing conservative views: Vanderbilt University in Nashville, TN is an elite research university with an emphasis on the medical sciences. If you visit their web site they blather on about the usual, politically correct, Masonic ideals: "...equality, compassion, and excellence in all endeavors...." Secretly, of course, its leaders are anti-Christians who're counting the minutes till they can open the gates for the lions again.

Most universities and all state universities are besides themselves in their love of things homosexual - and forced acceptance of this perversion is now in full stride in academia. Vanderbilt is just one of many examples I could point to. Homosexualism always insinuates itself under the banner of "equal rights" - which invariably become articles of coercion once the courts start making their rulings.

Yet, even after 80 years of non-stop liberal propaganda most people are still able to recognize homosexuality for the aberration it is, forcing the plutocrats to ramp up their efforts to impose it on us by diktat. Ain't democracy great!

"A nation of sheep gets a government of wolves."

"Vanderbilt University has placed four Christian student groups on "provisional status" after a university review found them to be in non-compliance with the school's nondiscrimination policy. If they remain in non-compliance, the student Christian groups risk being shut down.

"Vanderbilt says the student organizations cannot require that leaders share the Christian groups' beliefs, goals and values. Carried to its full extent, it means an atheist could lead a Christian group, a man a woman's group, a Jew a Muslim group or vice versa.

"Last year, an openly gay undergrad at Vanderbilt complained he was kicked out of a Christian fraternity. As a result, the school took action against five religious groups and said they violated Vanderbilt's nondiscrimination policy. All were placed on provisional status.

"Among the groups threatened with shut down is the Christian Legal Society because "Each officer is expected to lead Bible studies, prayer and worship at chapter meetings." CLS President Justin Gunter said, "We come together to do things that Christians do together. Pray, and have Bible studies."

"The school says, however, that if the Christian club requires leaders to be a Christian and espouse Christianity, it can be shut down."


Newsmax.com
Posted by Citizenfitz at 10:33 AM