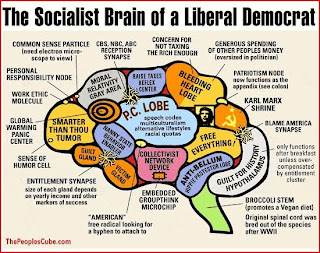 Liberalism: a mental disorder characterized by delusions of moral and intellectual superiority.

Despite their supposed reputation as "intellectuals", it’s very easy to debate – and beat – libs. What’s important to remember is you have to avoid their gangpile behavior, which they mistake for the strength of their arguments. You used to see this s*** all the time on Bill Maher’s old show, “Politically Incorrect (which was anything but) - three libs ganging up on one (weak) conservative. That’s how they like to operate.

Like an algebra problem, you first need to isolate the lib, then catch him on the horns of a philosophical dilemma:

Fitz: “Do you agree that Blacks should be equal to Whites?”

Fitz: “Just out of curiosity, who really wants to be “equal”; the strong or the weak?”

Also, you can snap kick them in the balls.
Posted by Citizenfitz at 12:45 PM