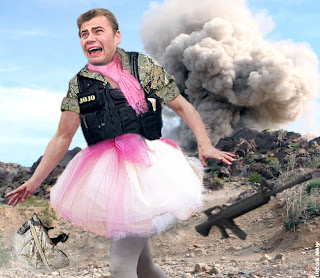 The fag/corporate America merger has now expanded to include Target Stores.  Target has pledged $120,000 USD to the cause of fag "marriage" - as espoused by some group calling itself, The Family Equality Council: http://www.familyequality.org/

I always liked the rock group Queen.  Their music was great and Freddie Mercury was a dynamic stage presence gifted with a phenomenal four octave voice. Thirty five years ago he was healthy, wealthy and handsome - and all the pics at Google show him as such.  What you won't find now, though you could for a while, was one of the last photos ever taken of Freddie.  He was in a wheelchair, gaunt and pale; and his lips, which were big and red to begin with were like tubes of red bologna stitched to his scared looking face.  He looked like a caricature drawn by some fag mocking cartoonist - but it was Freddie's own fag lifestyle that turned him into a mockery of his former self.

The t-shirts Target is selling for the fags are stenciled in rainbow letters with sentiments like, "Harmony... Love is Love... Pride...." But the reality of the homosexual experience is disharmony, self hatred, cowardice and an early grave... the exact opposite.  Satan, laughing, spreads his wings.

Feel free to call Target's corporate offices to explain why you won't be dropping any more Benjamins at their stores unless they repent of this travesty.  The number is 612-304-6073, option 6.