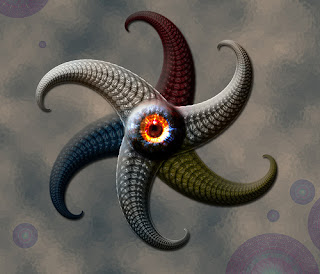 The four of you might have noticed how difficult it is to comment at Citizenfitz. Others have found it impossible to subscribe! I want to say this isn't my doing - Blogger/Google is behind it. I had to re-set my password and re-subscribe to Google/Blogger (several times actually) in order to comment at my own blog! I couldn't post new articles for a while either as I kept getting kicked back to my old, defunct blog.  Big "Ach" (Hebrew for "brother") has his big, bloodshot eye on me I think. It took a while to figure things out and fix them.

This doesn't bother me too much as I don't have the blogging jones some do. Also, while Big Ach is busy focusing on your's truly, others are slipping past.  LOL!  So, either way I feel I'm providing a useful service to my fellow man.

It's becoming evident that Blogger also skews down the numbers of politically incorrect blogs such as this.  At the end of the day it's their platform so I guess they can do whatever they like, but I've seen the numbers of hits here going backwards!  Strange to see, that! There's probably a Jew Central somewhere, where countless people sitting before numberless monitors, circuit the Internet checking on "hate" sites like this, (of course, quoting Jews verbatim is now taken for "hate") skewing their numbers unfavorably and otherwise making things difficult for them.

I used to see some of this skewing in action back when I was protesting at abortion clinics.  The (Jew owned) newspapers and tv stations would always underestimate our numbers; and they would always overestimate the number of counter-protestors, if there were any. Usually by a factor of two.   Thus, one hundred of us became 50 on the evening news, while 100 pro-aborts magically became 200, and so on. If there were no pro-abortion counter-protestors the story rarely made the news.

Anyway, I have no filters preventing anyone from commenting and I don't place any comments in moderation. Even people I feel are complete imbeciles are free to post here, all they want to, if they want to.