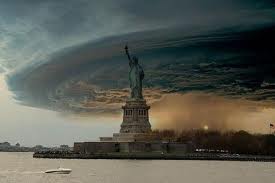 The recent vote on H.R. 850: Nuclear Iran Prevention Act of 2013 (sanctions against Iran for its supposed nuclear development program) gave us an interesting demographic: although 400 of our Jew owned congressional marionettes voted "yea", 20 voted nay.  Another 14 refrained for whatever reasons.  Interestingly, many more democrats voted against it than republicans.  Good for them.. although they'll vote tomorrow that Americans will be forced to finance late term abortions....

Iran (in case you don't know because the msm conceals that little fact) is backed by Russia and China.  As we continue rowing merrily down the stream to WW3 let us pause to consider how nice and easy things are now - compared to how they're going to be before much longer.   Enjoy life while you still can.

It wouldn't hurt to start thinking more about Jesus either.

Some may have noticed that it's gotten hard to decipher just how your "elected representative" votes for the Jew's interests over yours.  Oftentimes obscurant language is used in the title of the act; or the resolution may actually be the opposite of what the title would lead you to think!  CISPA is just one  example.  The Manchin-Toomey-Schumer gun control act was another: "To protect Second Amendment rights...."  LOL!

So how'd your Jew owned puppet vote for WW3?