Yahu: the Hebrew word for "lies"

I came across this non-story at Yahu: Dallas Cowboys team owner Jerry Jones and an injured lineman, Jay Ratliff, had heated words in the locker room.  Things got kinda ugly. I mean really, what's more important: the pending implosion of the world economy or locker room squabbles?  Yahu knows best!

Ratliff is substituting for Josh Brent - who got himself into a heap'a trubble when he wrecked his car while drunk, killing fellow teammate Jerry Brown.  But curiosity got the better of me (I used to be a Cowboys fan once upon a time) so  I clicked on a link in the "locker room squabble" story which took me to the Yahu story about Brent.  It contained the following useless picture: 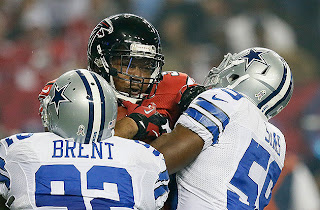 Kind of odd that... showing only the  back of the guy's game jersey and helmet, in a suspiciously cropped photo.  My jewdar began to quiver violently.  So, the tireless staff here at Citizenfitz got on the ball - and found a much better pic of Mr. Brent: 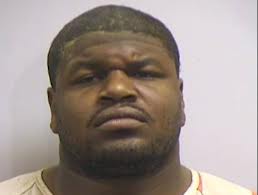