Til debt do us part

The numbers of dollars involved in the US public debt is so immense it practically takes a PhD in astronomy to understand them. Here at Citizenfitz our team of crack researchers takes pride in our endless struggle to enlighten a deluded world; and we've assembled a living chart to aid the public in understanding just how very screwed we're soon gonna be.


One could reasonably ask: "how'd we get so infatuated with intrinsically valueless sheets of paper?" Psychologically, at least, it can be likened to a kind of mass insanity. As if people began worshiping bricks.... But ask yourself this: what's going to happen when our deluded world wakes up to the cold hard reality: sheets of paper are not wealth?


Now would be a very good time to: get out of debt, to put away some extra food - and water, get in shape, and to stock up on ammo....


Citizenfitz - with thanks to "the non-conventional thinker"! 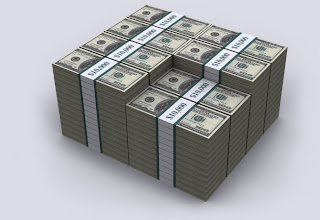 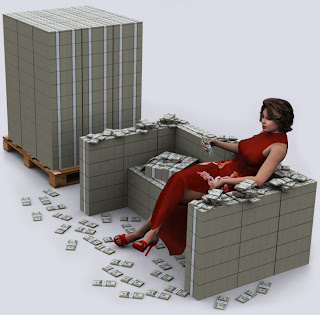 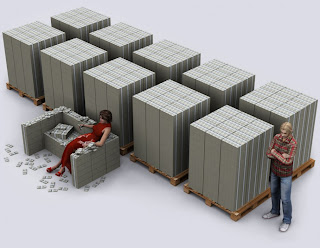 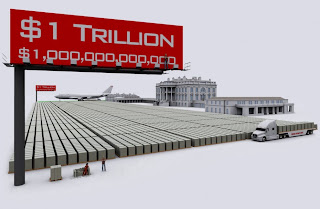 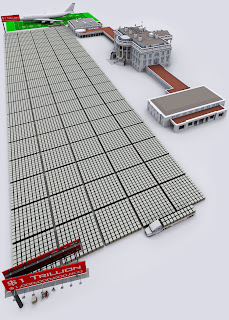 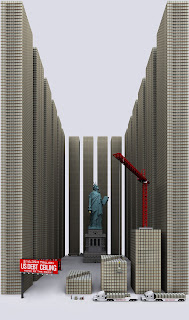 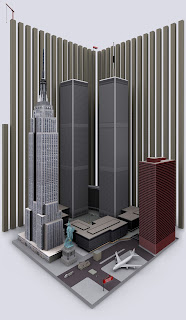 $122,100,000,000,000 – US unfunded liabilities by Dec 31, 2012. Above you can see the pillars of $100 bills dwarfing the Empire State Building and the late WTC.  If you look carefully you can see the Statue of Liberty! The 122.1 trillion dollar wall is the amount of money the U.S. Government does not have to fully fund Medicare, Medicare, the Prescription Drug Program, Social Security, Military and civil service pensions, etc.  It is money the USA knows it will not have to pay all its bills.