Hitchstory 101 - the myth of Christopher Hitchens 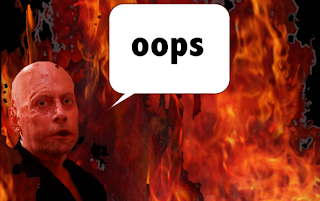 Christopher Hitchens, for both of you who haven't heard of him, was a journalist, author, supposed contrarian and "anti-theist" (his term). Hitchens' childhood was one of somewhat upper middle class English manners. His father was a British naval officer and his mother doted on Christopher. However, his parents' marriage was unhappy and in 1973 his mother committed suicide along with her lover, a defrocked Anglican clergyman.

Hitchens' rise to fame charted the usual course of a latter day British journalist: campus trotskyite and agitator. He was deeply involved in leftist student causes at Oxford University and his writings on political matters brought him to the attention of the editors of the agitprop magazine, "International Socialism". His polemics made him moderately well known in British left wing circles.

Hitchens moved from one British magazine to another, as a writer and editor. However, his star didn't really commence its great ascending until he moved to America in the early 80's. Once here, he became a critic of most things American. His favorite targets being Henry Kissinger, Ronald Reagan and GHW Bush.  He also took to sniping at Mother Teresa.

He finally landed at the pop culture magazine, Vanity Fair. His anti-religious streak found a warm home at Vanity Fair and he authored many articles attacking religion.  All Religion was detestible in Hitchens' mind.  And while he  loathed Islam, he had an especially hot spot in his heart for Christianity. He began speaking about his anti-theism - as well as writing on it.  This public outspokeness eventually turned into formal debates with theists of various stripes.

As an apostle for atheism Hitchens found his great calling.  He excelled as a public debater. Not for the coherence or cogency of his arguments, which were often digressive, irrational and/or irrelevent, but for his charisma, wit, sexy baritone and posh English accent - which he never lost despite living in the US for some thirty years and becoming an American citizen.

As a much in demand debater, Hitchens barnstormed the country preaching the gospel of atheism. Becoming along the way America's favorite atheist. University students in particular loved him.  His chatty, somewhat boozy, persona set them at ease. His suave English voice and effortless verbosity made them, osmosis-like, feel intelligent too. He was a singularly impressive speaker - though considerably less so to those who held knowledge on matters he spoke of and/or who analyzed his arguments.  His main impact on the world was that of a gifted wordsmith.  His thoughts however were another matter: beneath the veneer of eloquence, civility and wit crouched a sadly disordered mind and soul.

Hitchens was a dishonest man. Not in the occasional sense that most of us are.  Hitchens was actively dishonest.  He drank deep from the well of dishonesty - then spewed it all back out. However, he was highly intelligent and covered his dishonesty with a swarm of multisyllabic words delivered in English upper class tones. His debates were bravura performances.  Hitchens actually had read some of the Bible and knew some of its stories and verses. However, like a Jehovah's Witness, he knew only a few that seemed to support his arguments, and then misrepresented these.

Being a supernatural as well as historical record the Bible can be read different ways.  Hitchens always applied his materialistic worldview to any reading of it. He would then attack his reading of it. The university audiences seemed to rarely noticed this straw man deception.

Despite his popularity among fellow atheists - who like to crow about how Hitchens "destroyed" this or that religious position, Hitchens' debates were actually masterpieces of illogicality, factual misstatement and outright lying.  Cheap potshots for the most part that barely scratched let alone destroyed religion. When one reads his words, rather than just hears them, the flaws in his thinking become more apparent. When one looks into his assertions it becomes clear that some of what he says is quite wrong.  In some instances he just lies.

In one supposed lambasting of Christianity Hitchens' states, "Stalin was a seminary graduate."  In truth, Stalin (who was known as Josef Djugashvili in those days) was EXPELLED from his seminary.

He also claimed, "Fascism has only arisen in Catholic countries."  First, we must note he doesn't say what "fascism" actually is.  Hitchens just raises a bogeyman to excite feelings in his audience.  Second, the US certainly meets much of the accepted criteria for "fascism": nationalism... authoritarianism... government/industrial collaboration....  Is the US a "Catholic country"?  What about pre-WW2 Japan?  What about Indonesia under Suharto?  Here and elsewhere Hitchens commits what is called the "post hoc, ergo propter hoc" logical fallacy.  This fallacy is often seen in children and animals: something follows another, therefore it was caused by the former.

In a debate with the mathematician philosopher, Dr. John Lennox, Hitchens sniffed: "What is more likely: that a "virgin" would conceive "miraculously", or that she conceived in the usual way?" He then goes on to attack the virgin birth of Christ as a "bronze age myth" - even though the iron age had been in full swing for nearly 1200 years by the time of Jesus' birth.

Here he commits several interesting fallacies.  First, he quotes the Bible as his authority - in order to disprove the Bible!

Next he commits a denying the antecedent fallacy: "If virgins could conceive we would see more of it. We don't see more of it. Therefore, virgins don't conceive."  Next to raise its ugly head is an argument from ignorance fallacy: "What is more likely: that a "virgin" would conceive "miraculously", or that she conceived in the usual way? Therefore, there is no reason for believing that a virgin could conceive miraculously."  Except for the historical record....

Also, nature shows that unfertilized females can and do conceive.  It's called parthenogenesis:

Hitchens, ever the evolutionist, either didn't know this acknowledged fact, or he ignored it because it didn't suport his pre-"conceived" notion.  Ergo, he was speaking ignorantly and/or dishonestly.

He argued that Isaiah, which speaks of a "virgin conceiving" is a mistranslation of the original Hebrew, "In Hebrew it says a young woman shall conceive." Here he is ignorant of, or ignores, the fact that the Hebrew Bible, some 150 years before Jesus, was translated by seventy-two Jewish scholars into Greek:  the Septuagint. The seventy two scholars agreed that "virgin" was the correct translation from the Hebrew.  Of course, Hitchens being the self endorsing polymath he was, knew the Bible more than they ever could have....

Hitchens died in December 2011, of esophageal cancer.  Esophageal cancer gives early warning signs of its presence, but Hitchens ignored them, preferring to pour himself another whiskey sour. He ignored the signs his own body was giving him exactly as he ignored the signs God was giving him. Considering all the distilled dishonesty he imbibed, then vomited back up, it is perhaps not too ironic that things would end for him as they did.