To err is human, to sue sublime 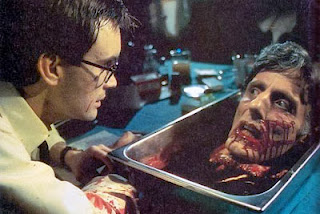 There certainly are incompetent and/or shady doctors, nurses, respiratory therapists and hospitals - just as there are incompetent, shady people and businesses everywhere else.  But many of the people "killed" by medical errors were circling the drain to begin with and would have died were no medical errors whatsoever committed on them.

A "medical error" can be clinically defined as accidentally giving someone two Tylenol 500mg instead of one.  Unless you're very allergic to Acetaminophen, 1000mg of Tylenol won't kill you; but if you die shortly after getting "overdosed" with 1000mg of Tylenol, for the purpose of this article such a death is counted in the stats.

Interestingly, some deadbeat who never paid a bill in his entire life, unless forced to, is still allowed to sue a hospital that's already eaten tens thousands of dollars in unpaid charges surrounding him for millions.  But lawsuits are great for the lawyers....

Conclusion?  An agitprop piece  written to whip up support for Obamacare.  The article is premised on information gathered by the following group: http://patientsafetyamerica.com/

I rest my case.