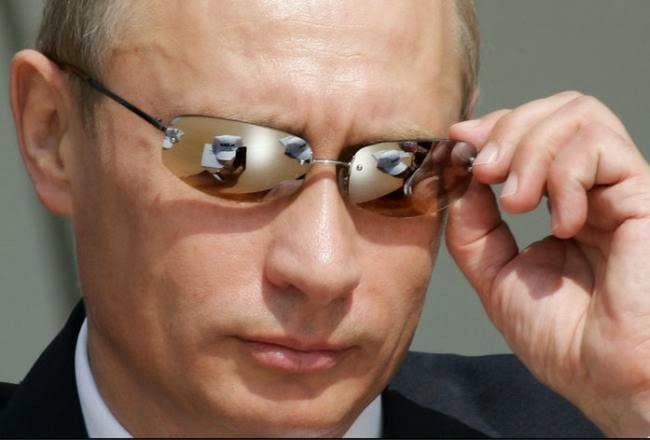 That is the question....

I've noticed a sharp uptick lately in the number of people saying Vladimir Putin is a crypto-Jew.  I've been called many names on YouTube by people who think he's an agent of the JWO.

While I don't regard Putin with the veneration some do, the accusation does seem a bit far fetched.

IMHO he's a Russian nationalist who's awakened somewhat late to the intentions NATO has on Russia's immense oil fields (it always seems to be about the oil fields, doesn't it?)

While he's caused the JWO problems regarding radical feminism, organized faggotry, Syria and Iran; and while he imprisoned some Jew oligarchs and forced others to flee, Putin certainly sat on his hands while the bombing campaign against Libya was being green lighted in the UN. He also ran through a law against "holocaust denial". Not to mention he's ex-KGB.

And Russia has a central bank. Those here may remember what Lenin had to say about Rothschild-ism and central banks.

So, the question in my mind is this: "Is Putin what he seems to be?"

The Jew owned international media clearly is down on him. But the Jew owned media is atheistic. The Zionist Jews on the other hand seem to view Putin in a different, less hostile, light.

The Putin puzzle is hard to sort out.

Is he really a Russian nationalist?

Or is he part Jewish - and playing an assigned role in the JWO?

But wouldn't that be just like the Jews? When all else fails... accuse someone of being a Jew!