Yet another antisemitic canard laid to rest.... 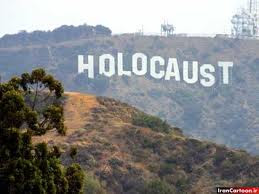 The "producers" of a movie either represent or are the movie's financial backers. The producers hold the real power in Hollywood; and "executive producers" are the real big money boys. Although they are virtual unknowns to the rest of us, successful Hollywood producers wield much more clout than the actors and directors in their employ. Of course it’s an antisemitic canard to say that Jews run Hollywood… Right?


Pulp Fiction: Sadistic gorefest. Much of Pulp Fiction's action revolves around characters who are in the bathroom or need to use the toilet. Repeated use of the word "nigger" by some of the characters - without censure by the msm. Indeed, it's praised for its "punchy dialogue." Seven Academy Award nominations. Numerous other awards.

Inglourious Basterds: Sadistic, German hating gorefest. Were any other ethnicity so targeted it would have been banned for "inciting racial hatred". Nominated for eight academy awards. Numerous other awards.