A guide to "victimology" 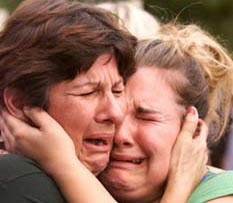 1. Jews: Jews are the number one victims of history - and all history revolves around that axle.  JEWS ARE VICTIMS! Period! No exceptions!!! Many Jews have discovered the advantages and status being a professional victim confers.

No Jew, anywhere...at any time... ever... has done anything wrong (except maybe swindle another Jew or convert to Christianity). Scores of millions of cattle.... errrhhh... goyim were slaughtered by Judaeo-Communism? So what! German crusaders once massacred several hundred Jews in Mainz on May 27, 1096. There is no comparison!

Jews are never the victimizers - so don't even go there. They have suffered so much at the hands of the cattle.... errrhhh... goyim that it has become necessary, and highly profitable, for them to cook up macabre stories about how six million of them were gassed, electrocuted, steamed, barbequed, baked, sauteed, lampshaded, bombed, nuked, raped etc, etc, etc,... by the Germans, and everyone else.

Even though Jews now have a sanctuary in their remote ancestor's one time kingdom, unless they're fleeing prosecution they show little interest in returning "home"; preferring instead to reside among the Jew hating cattle... errrhhh... goyim.

2. Queers: In spite of the extraordinary amount of suffering they bring down upon themselves with their violent, suicidal and disease ridden subculture, queers are portrayed as the hapless victims of White, Christian, patriarchal society, which is solely responsible for making them assault, rape, murder and infect themselves and others. Dykes are usually swept up with this bunch, but only to present the semblance of a consistent and united victimhood martyrology.

Blacks: Blacks are long suffering saints! They're victims of RAYSISM! This in spite of the fact that wherever one looks, the criminal stats show their crime rate is much greater than any other group's. They plunder, rape and kill one another too. However, this self destruction is presented as a tragic consequence of slavery. Given the general poverty of Blacks, many negroes specialize in targeting White people - but only when the odds are four to one or more in their favor; and/or they know they're armed and their target is not.

Hispanics: The vector of yet another impoverished and violent subculture. However, when crunching crime statistics, the government counts them as "White". In all other instances they're considered "Hispanic" - especially when welfare's being doled out - and they qualify for prestigious "victimhood" status.

AmerIndians: Although they are always honored as victims of White oppression, who until 1492 were living in peace and harmony with the universe and one another, AmerIndians generally receive little more than lip service in the msm, at least compared to Blacks and Hispanics. Still, whenever their numbers are needed for a larger attack on Whites, they are sobered up and trotted out to express outrage at how they too are VICTIMS: per the so-called "Columbus genocide".

Asians: Though they are often well educated, well-to-do and generally inhabit a comfortable sphere, in America at least, Asians are still encouraged to think of themselves as victims of White intolerance - whose lands, like Jews, Blacks, Hispanics and all the rest, they refuse to leave in order to return "home".

Muslims: Though they are well known for angry and spectacular acts of violence - especially against one another - Muslims are still considered victims and the once Christian lands of Europe and America allow them to flood in by the millions - where the msm constantly reminds them of the Crusades. Any controversies with Muslims are dealt with severely by the White countries governments - except for Israel, where they are hunted for sport.

Womyn: Even though they are well over half the world's population, womyn are still considered a minority by the msm, and thus receive the coveted crown of victimhood. That is until they're robbed, beaten, raped, tortured and/or murdered by negro males - in which case, "victim" status or not, the media goes mute, and the crime receives little coverage. In this sense one can see that Black victimology trumps womyn victimology.

White men with an extra vagina on board, i.e., liberals, are taught to hate Whites and will often identify with the other "victims".

1. White men - but only White men with a full complement of testicles and brains. White men (except for Jews who are not counted as "White" - unless it's Tuesday, and only after 2:37 pm) are responsible for all the world's evil. White people are "the cancer of the world" - liberals excepted. A branch of White Christianity belongs to the "Church of Latter Day Zion's Foot Worshipers". The media outcry against these is somewhat muted. In spite of their crazed ziodolatry, the ziodolators are still regarded with suspicion for the congenital antisemitism lurking in their DNA. They sometimes find themselves in a storm as the winds of public opinion suddenly turn against them.

2. Some Blacks and AmerIndians - but only those who won't stay on their kosher plantations and reservations.

3. White women - but only White women who have maintained their self respect. White womyn who sit around and watch tv all day and buy what they're told; as well as those who hate themselves and chase after negroes... are of course the victims of  White male patriarchy too.