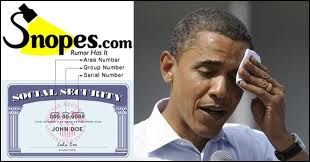 
Subj: Homeowners & Medicare Folks…. Must Read
Please read and forward this even if you don’t own a home.
If you own a home please read this.
THIS WILL BLOW YOU AWAY !!!!!
The National Association of REALTORS is all over this and working to get it repealed, before it takes effect. But, I am very pleased we aren’t the only ones who know about this ploy to steal billions from unsuspecting homeowners. How many REALTORS do you think will vote Democratic in 2012?

"The truth is that while such a tax is included in the health-care legislation passed in 2010, it will affect only a very small segment of the population...."

"The Health Care and Education Reconciliation Act of 2010, which President Obama signed into law on March 30, 2010 was very complex...."

*** Very complex?  "Very complex" is lib speak for, "I'm trying to fool you with a witches's brew of Babylonian numerology."

"Section 1402 of the Act, titled "Unearned Income Medicare Contribution," does impose a 3.8 percent tax on profits from the sale of real estate – residential or investment beginning in 2013. However, the tax is aimed at high-income earners only..."

*** What's to say it can't at some point in time be adjusted to include middle income home sellers?

"High earners are defined as individuals whose gross income is $200,000 or more, or married couples filing jointly with a combined gross income of $250,000 or more.  Even for those who have such high incomes, the tax still won't apply to the first $250,000 on profits from the sale of a personal residence - or to the first $500,000 in the case of a married couple selling their home...."

*** The income thresholds are not indexed for inflation.  Thus, they will inevitably reach increasing numbers of middle-class taxpayers over time.

"Per IRS guidelines in order to qualify for the $250,000/$500,000 personal residence exclusion, a seller must have owned the home and lived there as the seller's "main home" for at least two years out of the five years prior to the sale...."

"Given that many taxpayers make less than $200,000 per year and most home sales don't clear profits exceeding $250,000 if individually owned or $500,000 in the case of a married couple selling their personal residence, the vast majority of Americans won't be subject to this tax...."

*** This new tax on home sales and unearned income and other Medicare taxes raise taxes more than $210 billion to pay for ObamaCare. While it has addressed some of the misrepresentations in the email, The National Association of Realtors called this new Medicare tax on unearned income “destructive” and “ill-advised” and warned it would hurt job creation....

A word on Snopes: for reasons beyond our pale here at Citizenfitz, Snopes has become the go to guys when people want to ascertain the validity of this thing or that.  But Snopes is a husband and wife operation. That's right... two people!  "Snopes" is David and Barbara Mikkelson who work out of their house in California  No teams of investigators and researchers....  No corporate headquarters....  The Mikkelsons are a couple of California liberals.  And did I forget to mention they're Jewish?  Pardon moi!

Reading their disengenuous and often easily refuted defenses of Barack Obama and all things liberal one can be forgiven for asking if just maybe the Mikkelsons have an ideology driven agenda.  Though they heatedly deny being partisan a quick viewing of rumors they've addressed concerning Obama, or John Kerry, etc, will serve to reveal the true facts about their politics.  And it appears they get most of their info from Google... just like you and I do!

Claiming to be the bottom line is a bold assertion.   Bold assertions require bold evidence.   But what the readers of Snopes get is a couple of aging, liberal, California Jews - egotistically imagining themselves to be the final word on matters on which they pronounce.